PROF. TO LOSE PDP NOMINATION FOR EATING IN US RESTAURANT 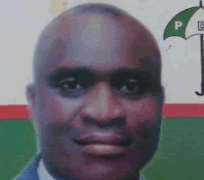 Ekanem
For those who are not too young, there was a story of an ex-minister of petroleum, who was imprisoned for accepting a cup of tea and a wristwatch from a foreign company which had some business interest in Nigeria. The story was later popularised as Tam Tea and David Wristwatch experience. The subject was a university professor who just left the classroom to serve in government.

More than 20 years after that experience, a similar drama is about to be enacted in Akwa Ibom State. Though the subject may not go to jail, at least, he could suffer some political deprivation. He too is a professor.

He is the immediate past commissioner for agriculture and natural resources in the state, Prof. Etok Ekanem, who may be denied nomination to contest the next House of Representatives election for allegedly eating in a restaurant in far away Houston, Texas, USA.

Another offence Ekanem said they claimed he committed is that he joined and co-ordinated the Rebuild Nigeria Initiative, one of the Goodluck Jonathan's Support groups. Etok was among the four executive members that resigned from Governor Godswill Akpabio's cabinet a few months ago to pursue their political aspirations.

They were said to have been politically blessed by their erstwhile principal, Akpabio, who allegedly promised them his support. While others appeared to be having a smooth sail, Etok claimed his travails began immediately he put pen to paper and left office.

He alleged a Senator told him that Akpabio was angry with him because he attempted to co-ordinate the state chapter of the Rebuild Nigeria Initiative. The professor of agriculture wondered why the governor who happily received the group on a courtesy call in his office could turn round to punish him for bringing the group to the state:

'Fine, the governor met me there, but it was a joke and we just laughed over it. He asked when I came to Texas and I said I went there two days earlier. Even when the governor came back he used it to crack a joke at the exco meeting and everybody laughed over it. But now the Snator says the governor is angry with me because he met me eating in a restaurant.

'But if you ask me, I will tell you that it is not this governor that told the Senator those things because nobody can ask me not to support a person in the calibre of Dr Goodluck Jonathan.' When contacted, the Senator who insisted that he should not be named, said Ekanem was the architect of his own political misfortune as there were enough evidence that he was never submissive to his principal.

According to him, the former commissioner was fund of travelling out of the country without caring to take permission from his boss. He said the restaurant drama was very embarrassing to the governor, who was surprised to see his commissioner he thought was in Nigeria, munching American delicacies in a restaurant.

He said the professor did not even show any courtesy to the governor, but was busy eating his expensive food to the chagrin of the governor.

The Senator, who claimed he was not against Ekanem, but was only organising his people to educate them on the political realities of the time, stressed that he had never told anybody that the governor was against his former commissioner's House of Representatives aspiration.

Daily Sun, however, learnt that Ekanem's aspiration hangs in the balance because the Rebuild Nigeria Initiative as at the time it came to the state, never enjoyed the support of the Presidency. It was pioneered by a governor in one of the South-South states who was initially antagonistic to Jonathan when the latter was vice president, and was trying recently to buy favour by fronting the group.

It was gathered that the Akwa Ibom State Government contacted the Presidency immediately after Akpabio had received the group. The Presidency reportedly asked the state government never to have anything to do with the group.

'That was why the news of the courtesy call was blocked from the state electronic media. Ekanem should read the handwriting on the wall when his scheduled visit to the party secretariat was bungled at the last minute,' a source said.