Charges Against El-rufai Dismissed…. But Not yet Uhuru 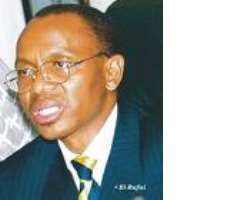 However, spokesman for the Economic and financial crimes commission, Femi Babafemi told huhuonline.com that the anti anti graft agency had brought those charges under a repealed law, and that they will make the necessary amendments and re file the charges before the end of the week.

Hear him: ' EFCC   has prepared fresh charges against former Minister of the FCT, Mallam Nasir El-Rufai . The charges are to be filed at an FCT high court on Friday October 22.' . 'We had earlier investigated a petition chronicling allegations of abuse of office against Mallam El-Rufai on how he allocated government lands to his friends, wives and family members, in flagrant breach of the Abuja master plan.'

According to the petition, the former minister, between 2003-2007, allocated ten plots of land in choice areas of Abuja and in various sizes to his family members, including his wife, Hadiza Isma El-Rufai, who got two plots- one in the Asokoro district and the other in the Kubwa district.

Other family members who were allegedly allocated plots are:

Continuing, Mr. Babafemi said,
"The EFCC is not be deterred by the  court ruling but will go ahead with fresh charges and prove its case against the former minister."