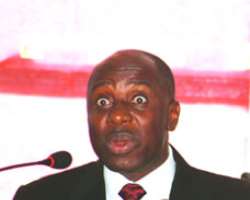 Gov. Amaechi
A rift is gradually developing between the police and the Rivers State government following the decision of the Inspector- General of Police, Mr. Hafiz Ringim, to redeploy some policemen from the state to neighbouring Abia.

The state government is piqued that after spending huge resources to train the police personnel in Israel, the IG is now denying it the services of the men. Daily Sun gathered that the rescue operations for the 15 kidnapped school kids in Abia was actually planned and executed by those Israeli-trained policemen in Rivers State.

Speaking in Port Harcourt at the weekend, Secretary to the Government, Mr. Magnus Abe said the development was contrary to an agreement Rivers State reached with police authorities that such trained personnel would serve in the state for a minimum of three years before they could be posted out of the state.

Abe said he had written a petition, which he would personally deliver to the inspector-general this week.

'The IG has invited me to a meeting and I have written a protest letter which I will take along with me,' said Abe. 'How can we spend such huge funds to send those policemen to Israel and employ Israeli consultants to continue their training here in the state only for the IG to take them away. I hope that after our meeting, things will change. He has been very cooperative and very understanding. I have every hope that we shall resolve the matter.'

Speaking further, the Rivers SSG revealed that the peace and calm now pervading Port Harcourt and environs was coming at a huge cost to the state. He said Governor Rotimi Amaechi had invested an unquantifiable sum running into billions of naira to subdue hoodlums and maintain security in the state.

'What the Rivers State government has done in the area of security is a silent revolution which people do not know. We want them to know that return of peace and the routing of hoodlums from Port Harcourt took careful planning and huge resources from government. There are cameras all over town monitored from a central point. The town is under surveillance for 24 hours. We have a toll free line. Once you call 112 and make a report, security operatives will appear there. We are aiming that response time will be in 10 minutes.'

Meanwhile, Daily Sun learnt the rescue operation which saw to the release of the kidnapped 15 school kids in Abia was planned and executed by the Rivers State trained security operatives. The inspector general, largely impressed by that rescue operation and the gradual return of peace to Abia, has decided to retain the policemen there.

Asked whether their redeployment was not a temporary measure Abe said the movement was done without notice to the state government.

'If it was temporary we would have been told. But in this case the redeployment was done without recourse to us. As I speak to you, the state government still bears the cost of retraining policemen in Rivers by our Isreali security consultants. We have built a training camp beside the old police training school and we intend to hand it over to the police eventually. Governor Amaechi believes security is a primary duty of government and he has thus spent huge sums and the people in Port Harcourt and environs have begun to reap the fruits. The IG should therefore allow the people of Rivers to enjoy the benefit of deploying their resources to maintaining security.'

Daily Sun later confirmed that no fewer than 350 security vehicles are stationed all around the state everyday with the aim of responding to these security emergencies. It was learnt that success of the amnesty programme for militants came by the barrel of the gun as the militants knew that government had clear capacity to subdue them.

Meanwhile, it is feared that the new inspector general of police may have denied knowledge of any agreement with the Rivers State government on the matter of retraining of policemen, insisting that he had never seen any copy of such agreement since he came into office.