THE 2011 ELECTION: MY PERSONAL TAKE 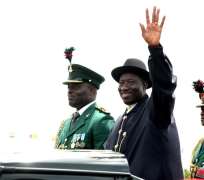 When one read articles and analyses by most northerner commentators and writers lately they moan and loathe over the so called PDP zoning like a jilted lover who is seeing her ex with another lover.

Mostly important why most the PDP zoning be exclusively at the federal level I ask for the umpteenth time? Look at the political calculation going in Gombe, Kaduna, Niger, Borno, and Kwara. Yes Kwara State or ‘Saraki State’ as one commentator called it. We need zoning but let it apply across the six geo-political zones and across the three senatorial zones of each state of the federation.

Let there be justice and equity in Gombe State, Bauchi State, Kwara State, Kaduna State, Borno State and Kebbi State. I decided to exclude Adamawa, Nasarawa and Kogi States for obvious reasons known to the indigenes of these states. I simply can not understand why people moan over nothing.

In 1989, at the height and peak of Ibrahim Babangida’s structural adjustment programme (SAP). The Nigerian people were so sapped that one day the whole country erupted in rioting and protest spearheaded by the dynamic and courageous Nigerian students in what was then called the anti-SAP riot. We all knew the out come.

Babangida closed down all universities and polytechnics in Nigeria for one year. Since that year, the Nigerian academic calendar has never been the same again. Babangida then was saying there is no alternative to SAP. But the foremost Nigerian economist Professor Sam Aluko had to reply Babangida that there is even alternative to death which is living. We all know the outcome of the SAP programme which lead to the total collapse of the Naira and the Nigerian economy. All institutions and infrastructures equally collapsed and there was capital flight of liquidity as the economists will say.But that is not the gist of this discussion today. I will leave that for another day.The gist of this article is the unnecessary moaning by northerner commentators over the PDP zoning.

I believe there is alternative to PDP amongst the other 60 political parties. The North is claiming to have the population, isn’t it? Please let them all vote CPC in the 2011 election or even the Action Congress of Nigeria (ACN) since Nuhu Ribadu will be contesting on that platform. As it is now the middle belt have decided to go with Dr Goodluck Jonathan.Most importantly, there is no need to beat war drum and instigating boko haram to kill the Nigeria Policemen and women. From the outcome of the operation of the Nigerian Armed Forces in Maiduguri Borno State in July 2009, they are up to the task in quelling any uprising by boko haram terrorists.

It is high time we all sit at a round table to determine the type of federalism we all want. The 1963 constitution worked well for all the regions as were then. I remember the groundnuts pyramids in Kano. But na photo I see sha wo. It seems we are at the highest point of revisionism in the political history of Nigeria at the moment. People are running from one pole to pillar distorting facts to re-write history. People cannot sit in the comfort of their rooms and imagine theories about their perceived enemies and think it will stick.

The undoing of OBJ in his eight years of power is not even his so called third term bid. But the imposition of unpopular candidates like Murtala Nyako, Andy Uba, and Osunbor in Adamawa, Anambra and Edo respectively as state governors. I know somebody will say you did not mention Yar’adua. Please we do not talk ill of the dead in the North.Yes Obasanjo may have been corrupt but he did not destroy the Nigerian economy. He brought back the middle class in Nigeria. He cleared the debt Nigeria owed the International community. He re-stored the glory of Nigeria on the global scene again.IN is first coming on the scene. Here was an innocent timid General Obasanjo who played to the tune of his pipers as it were then. They stole while he watched. His second coming, he stung them fiam! OBJ shegen yaro. Can we in all honesty compare the OBJ era to 1985 to 1993? 17 years is quite a long time. But we can still remember vividly when the slogan then was “Na where you de work na there you go chop.”“I beg settle me quick.”

That was the period corruption began to walk on all fours in Nigeria. Primary school pupil will be asking you uncle settle me. Drugs trafficking became high tech and lucrative business. Really it is just abuse of our collective intelligence for people to compare corruption under Babangida and OBJ. Those eight wasted years was enough an experience for us not to witness it again in our life time. As for poverty in the North, northerners must blame themselves and nobody else. If out of 50 years they ruled Nigeria for 38 years and their so called leaders are still within their midst ruling over them and still wanting to come back whom do they blame? Some of them that are supposed to be educated is the same people supporting and instigating boko haram on the pages of newspaper. Boko haram simply means Book is unlawful. Boko is the equivalent of book in Hausa Language, while haram means unlawful in Arabic.If somebody who has a PhD for example is in total support of boko haram, what then do you expect of a secondary leaver of even an illiterate? Northern Nigeria is the architect of its poverty. By the EFCC list, Saminu Turaki is the biggest thief who stole 36 billion naira from Jigawa State. Jigawa is one of the least developed.

May his soul rest in peace. Nigeria got stagnated during the Yar’adua era so tey they refused to invite him to the G-20 meeting in London. Let the Northern commentators asked the northerners who led Nigeria in 38 years what have they done for the North? Everywhere is poverty, illiteracy and begging. He said he cannot prosecute the thieving former governors because they were his friends. The foreign debt starting accumulating again during his time after OBJ had cleared everything. When discussing this our country let us put some honesty and decorum into what we put on paper. History will judge us all.