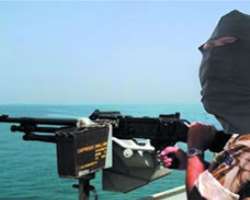 The Movement for Emancipation of Niger Delta (MEND) has threatened to detonate another bomb in Abuja at an unknown date. It also warned the public to be aware as it would give 30 minutes notice to avoid civilian casualties.

The militant group also alleged that government is trying to threaten the South African government of nationalising MTN its communication giant operating in Nigeria.

According to Jomo Gbomo: 'In an obvious attempt to intimidate anyone opposed to the presidential ambition of Goodluck Jonathan, the Nigerian government hiding under the cloak of terrorist hunters have been witch-hunting, falsely accusing and harassing its perceived opponents.

'A perfect opportunity emerged on October 1 after the Movement for the Emancipation of the Niger Delta (MEND) detonated car bombs in a symbolic attack in Abuja for which we reaffirm responsibility but with regrets to the avoidable loss of lives.

'The government of President Goodluck Jonathan responded by arresting innocent persons on trumped-up charges, linking them with the attack.

From Chief Raymond Dokpesi which indirectly was pointing at former military head of state, General Ibrahim Babangida to Henry Okah in South Africa, the government has also named and arrested persons not connected with our actions as suspects and masterminds.

'The South African government is playing an obviously partial role over the Independence Day bombing in its handling of the Henry Okah angle because the Nigerian government has threatened to nationalize the South Africa communication giant, MTN if the country does not follow a devious script.

'Since the court in South Africa has turned into a kangaroo one that is scandalously biased, and both governments are bent on blaming innocent persons on ridiculous insinuations and unrelated evidence, we have decided to carry out another attack in Abuja without altering our mode of operation to prove the suspects' innocence.

'As usual we will give thirty minutes advance warning to avoid civilian casualties then sit back and watch how the blame game will play out on all those already falsely accused', Jomo Gbomo said.