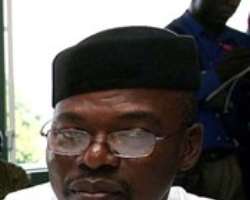 Huhuonline.com can disclose that the Special Appeal Tribunal sitting in Ilorin, Kwara state, this morning sacked Egnr.Segun Oni of the Peoples Democratic Party and declared Dr.Kayode Fayemi of the Action Congress of Nigeria as the new governor of Ekiti State. Huhuonline.com gathered that the court has ordered the Independent National Electoral Commission(INEC) to withdraw the certificate of return earlier issued to Engr. Oni and issue a new one declaring Dr. Kayode Fayemi the duly   elected governor.

Dr.Fayemi had gone to Election Tribunal to challenge the declaration of Oni as the duly elected governor of Ekiti State shortly after he was declared winner by INEC.