The End of the Third World 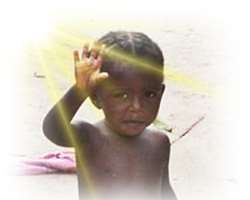 The recent gridlock in Nairobi helped expose the fact that Africa and the so called third world countries suffer from the trap of “systems.” While Kenyans are expected to report to work at 8 am and leave at 5 pm, the city suffers an automobile “blood clot” during “rush hours,” end month (because salaried chaps revive their jalopies), when a presidential motorcade cruises by and during big events such as the International Trade Fair.

Traffic lights in various parts of the city such as the City Mortuary and Lang'ata road circles best illustrate the challenge posed by the “system phenomena.” The traffic lights at this spots cause more jams when they are functioning but allow smooth traffic when they malfunction. Trapped in your car for hours on end, you curse and call radio stations to alert the police.

The Nairobi city gridlock is man made, the same way what caused Africa to be classified as 'third world' was also man made. Trapped in our individual African states ravaged with famine, unemployment and poverty among other challenges; we call upon international experts for relief but ignore the fact that we operate in a system that sustains poverty on the continent and propel us to look outside Africa for solutions.

Modern Africa is a product of interaction with other civilizations especially the West (Europe and United States of America). The West developed financial, industrial and governance systems to help propel their prosperity. The rest of the world's attempt to fit into the Western system gave rise to the division of the world in terms of the first, second and third world countries. For over a century, the system has assigned to Africa the role of supplying raw materials and labor.

The “fate” of supplying raw materials instead of investing in knowledge driven initiatives pushes Africans into what Prof. Paul Collier refers to as the traps of conflict, natural resources, landlocked countries and bad governance. In his book “The Bottom Billion: Why the poorest countries are falling and what can be done about it,” Prof. Collier fails to capture the fact that the skewed global system (Western systems) is the overall trap that impacts negatively on African countries. The system supervised by the World Bank and International Monetary Fund seeks to convert everyone into a westerner thereby leading to clog-ups on the path to prosperity for African countries.

The good news however is that the world is staring at the end of the third world phenomena. African countries have started opening up to a multi polar world. The multi polar world (evident through the current surge of emerging and re-emerging economies) offers the continent an opportunity to break out of the “western mould” and present an African agenda. Diversified sources of knowledge and technology will lead to a speedy “death” of the third world. It is not lost to keen observers that the voices of emerging economies got louder when the financial crisis hit the Western world. The resultant bid to review the existing financial system offers Africa an opportunity to position itself strategically to gain from global capital flows. Africans must take keen interest in the ongoing reviews and organize to jump out of the trap of merely supplying raw materials by establishing predictable and transparent trading systems.

The same way opening up the city to a 24-hour economy will not instill discipline in the heads of bad drivers, the end of the third world is not synonymous to the end of old embedded negative attitudes of corruption and stealing from the masses. Investing in homegrown institutions and enforcing the laws is key priority. African policy makers and leaders must be prepared to work in the new reality.