IN THE EYE OF THE INTERNATIONAL COMMUNITY 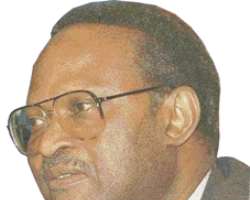 In Africa and amongst Africans in the Diaspora, these great hopes were robustly manifest in the widespread jubilation at the coming into the community of sovereign nations of this big African country, which would become the leading pride of the black race all over the world. These hopes were reflected in the enthusiastic welcome that Nigeria received at the United Nations.

Nigeria's application for the membership of the United Nations was never questioned or challenged. Rather, the draft resolution that recommended Nigeria's admission was approvingly debated, with every member of the Security Council speaking very glowingly about Nigeria and its impending leading role in Africa. In addition to the unanimous adoption and recommendation of that resolution to the General Assembly by the Security Council, the recommendation was listed as the first item on the General Assembly's agenda for the afternoon session of Friday, October 7, 1960, when the country was admitted as the 99th member of the United Nations.

October 7, 1960, therefore became a great and historic day for the country, the day that Nigeria was practically celebrated by every member of the United Nations. Speaker after speaker took turn at the podium to pay tribute to Nigeria; and there was unanimity in the expectation that the country would make great contribution to peace and the wellbeing of Africa and the rest of the world.

In his address to the United Nations on that august occasion, our Prime Minister, Sir Abubakar Tafawa Balewa, pledged Nigeria's commitment to making its due contribution to the promotion of peace and development of the international community through the platform of the UN organization. He affirmed also that Nigeria would 'work with other African states for the progress of Africa and assist in bringing all African territories to a state of responsible independence'.

I must hasten to say here that these hopes were not unrealistic because Nigeria was known to have the necessary resources, both human and natural endowments. She was regarded as capable and ready to shoulder African responsibilities, as well as capable of making significant contribution to global affairs in many fronts. It was against this backdrop that Nigeria conceived its foreign policy thrust of pursuing her national interests in a concentric circle, beginning with her immediate neighbours, continuing to the rest of Africa and to the world at large. Nigeria at independence was clearly riding the crest of a very favourable international opinion and reckoning.

The country's high approval rating in the international community had been underscored when the Prime Minister in the same maiden address to the UN on October 7, 1960, announced that Nigeria would dispatch its troops to serve in the United Nations Peace Keeping force in the troubled independent Republic of the Congo. It was in recognition of Nigeria's standing that the UN Secretary-General, Dag Hammarskjold, appointed Brigadier J.T.U. Aguiyi Ironsi of the Nigerian army as the first African to command the UN Peacekeeping Force in the Congo. Such was Nigeria's commitment to the realization of the UN objectives in the Congo, that it was reported in the book edited by W T Gbor that she 'had only two of her five battalions at her disposal for internal security at any one time, since usually, two battalions would be in the Congo and another either preparing to fly out or on transit home or on block leave once at home'.

It was during this period that Nigeria played a leading role in the formation of the Organization of African Unity (OAU), now the African Union (AU) having led the Monrovia Group of 22 countries that merged with the Casablanca Group of 5 countries to form the organization in May 1963. Nigeria also played a significant role in the Commonwealth, being the first member country to host the meeting of Commonwealth Heads of Government outside of London in January 1966.

But Nigeria's star in the international firmament began to wane after the first bloody military coup of January 15, 1966, which was followed by a second coup on July 29, 1966 and the three-year civil war of 1967 to 1970.

While the period between 1966 and 1975 can be described as years of low ebb in Nigeria's standing in the international community, the years of 1975 to 1979 saw the revival of Nigeria's reputation in Africa, due largely to Nigeria's support for the liberation struggle in Southern Africa and in Angola in particular.

At home and abroad, especially in most of Africa and the Diaspora, Nigeria was lauded for its dynamic and progressive African policies. At the OAU Summit in Addis Ababa, General Murtala Muhammed's 'Africa Has Come of Age' speech on 11 January 1976, was reckoned to have 'made the Black man stand up and take stock of himself'.

In addition, Nigeria's leading role in the formation of the Economic Community of West African States (ECOWAS) in 1975 had also contributed to heightening the revival of her image abroad, notwithstanding the sway of military dictatorship in the country. The gains Nigeria made towards international respectability owing to her role and influence in the Southern Africa liberation struggle, were reinforced by the hitherto unprecedented voluntary handover of power by the military regime of General Olusegun Obasanjo in 1979 to the democratically elected government of President Shehu Shagari.

Unfortunately, another coup d'Ã©tat on the new year's eve of 1984 and the military rule that followed for over a decade ushered in another period of low ebb in Nigeria's standing in the international community. The only two main bright spots in Nigeria's international image during this period were the Commonwealth Eminent Persons Group (EPG) to South Africa in which General Obasanjo served as Co-Chairman, and my election three years later in 1989 in Kualalumpur by Commonwealth Heads of Government as the first African Commonwealth Secretary-General.

But Nigeria reached the lowest point in her international standing during the Abacha years when she experienced ostracism and stigmatization as an international pariah. The stigma and ostracism were a consequence of the political repression and other human rights violations that the regime inflicted on the citizenry. Nigeria's engagement with much of the international community, especially the West under General Abacha, was also marked by combativeness and confrontation, which did nothing but exacerbate the country's isolation.

It was not until mid 1998 when General Abdusalami Abubakar assumed headship of the Nigerian state, following the death of General Abacha, that the country resumed its journey back to international respectability. More than anything else, it was the re-emergence of democratic rule in 1999 that practically opened the international space and good standing for Nigeria in so many sectors.

Nigeria then reemerged as a significant player in global affairs. Her President Olusegun Obasanjo became the Chairman of the South-South Summit in Havana (Cuba) in 2000; she played a leading role in the establishment of the new Partnership for African Development (NEPAD) in 2001 with President Obasanjo chairing its Implementation Committee; Nigeria hosted the Commonwealth Heads of Government Meeting in Abuja in 2003; and she successfully secured a substantial forgiveness of her massive external debt from the Pairs Club in 2005. As a further sign of Nigeria's restored international respectability during this period, Abuja became a frequent destination for representatives of governments from different parts of the world wishing to engage with Africa in consultations and cooperation.

But this rising stature of Nigeria suffered a setback after our 2007 national elections. The elections had been roundly criticized by all the foreign and domestic election observer groups, as being far from credible. This, combined with such other developments as the conflictual situation in the Niger Delta, the religious-cum-ethnic eruptions in Jos and other parts of the country, and the often-strident complaints of marginalization of their peoples by a number of political activists began to dent Nigeria's reputation abroad. Indeed, it led to the extreme report by an intelligence group in the United States that questioned Nigeria's continued survival as a single political entity in 15 years.

Happily, Nigeria's star began to rise again following the late President Yar'Adua's criticism of the elections that brought him to power and his announcement of his Administration's 7-point Agenda which, among other things, gave prominence to electoral reforms and tackling the Niger Delta situation. And following her election with almost unprecedented number of votes in the General Assembly, Nigeria is this year and the next, a member of the United Nations Security Council and the President of the Council for the current month of July 2010.

Although the image of Nigeria suffered a temporary downturn as a result of concern about her stability during the three months of President Yar'Adua's absence for medical treatment in Saudi Arabia, there is no doubt that she earned a lot of respect in the international community from the peaceful and constitutional manner in which power was transferred to President Goodluck Jonathan. The international community has also been impressed by the level of national stability that President Jonathan has since restored to the country.

I have so far spoken of the high and low points in Nigeria's standing in the international community. I shall now want to comment on how Nigeria can earn and sustain the high respect and reckoning that she deserves among the comity of nations.