AN OPEN LETTER TO MR. PRESIDENT 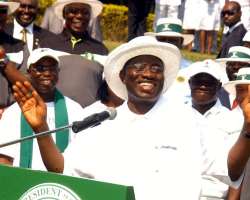 Please pardon me for choosing this open medium to write you. The choice of this medium is only because I do not know how to send the letter and ensure that you read it. Before I delve into the real reason for this letter, permit me to congratulate you on the success of your presidential declaration at Eagles Square on September 18, 2010. I watched the event live on television; it was a grand affair. And your speech, thought provoking and empathetic, evoked an unrestrained hope in me that Nigeria can truly be a great nation with the right calibre of leadership. I share unreservedly your dream of a better and greater Nigeria. Perhaps, that is why I have the unshakeable conviction that when you read this letter, you will act expeditiously to redress an injustice meted out to an innocent, law abiding and honest Nigerian, whom I believe would have attended your presidential declaration at Eagle Square.

The reason for this open letter is to implore you to kindly attend to the lingering issue of the official vindication of Chief Gabriel Yakubu Aduku. I have no doubt that you are very much aware of this matter. But, to refresh your memory on the man and his tribulations at the hands of the Economic and Financial Crimes Commission (EFCC) over some trumped-up charges, I will summarize the Aduku story. Chief Gabriel Yakubu Aduku was appointed a Minister of State for Health at the commencement of the Yar’Adua/Jonathan administration in 2007. Less than a year into his appointment, Chief Gabriel Yakubu Aduku was accused, together with the Minister and other officials of the Federal Ministry of Health, of allegedly committing fraud through the diversion of an unspent N300m from the budgetary allocation to the ministry. As a serving Minister, the late President Yar’Ádua advised Chief Gabriel Yakubu Aduku to step down from the cabinet while the case was prosecuted through the courts. And that was with the understanding that if at the end of the investigations, and perhaps prosecution, he was not found guilty, the Federal Government would reinstate or rehabilitate him. All the accused were subsequently arrested, detained and arraigned in court by the EFCC.

It may interest you to know, Mr. President that at the onset of the trials at the Federal High Court, Abuja, Chief Gabriel Yakubu Aduku entered a plea of not guilty. The EFCC, lacking evidence to sustain a case against him, EFCC withdrew the case. The EFCC subsequently re-arrested and re-arraigned him in the same High Court. Chief Aduku’s counsel argued vehemently against the double jeopardy inherent in the subjection of their client to prosecution twice on the same set of allegations. This action of the EFCC was alien to the constitution of the Federal Republic of Nigeria. But the EFCC carried on as if with a vengeance. To cut a long story short, Mr President, this case went all the way from the High Court to the Appeal Court and ultimately to the Supreme Court. Chief Aduku’s ultimate triumph at the Supreme Court was contained in a unanimous judgement delivered by Mahmud Mohammed, JSC, who dismissed the appeal filed by the EFCC on November 4, 2009 for the failure of the EFCC to comply with the conditions of appeal. In addition, the justices of the Supreme Court acknowledged the persecution of Chief Aduku in their judgement by describing the actions of the EFCC as a "reckless show of power imbued with persecution which is alien to our adjudicatory processes and procedures cannot be supported." www.Thenationonlineng.net, 12/11/2009.

Mr. President, Chief Aduku has been deeply wronged and tarnished by these allegations and unnecessarily harassed by the actions of EFCC in this matter.

Mr President, I am certain that you are aware that in the history of this country, no Minister has willingly and successfully surrendered himself to the state to be investigated and arraigned for corruption and eventually declared innocent by all the courts of the land, up to the Supreme Court. The Chief Gabriel Yakubu Aduku shining example is the first of its kind in Nigeria. It is unprecedented. I am deeply pained and concerned by the material, psychological and collateral damage done to this distinguished Nigerian and the denigration of his person and professional standing in the society by the false allegations. I must admit here that I am of Igala origin, just like Chief Gabriel Yakubu Aduku. He is an illustrious son of Igala land and he epitomizes the Igala spirit of loyalty, resilience, hard work, honesty and transparency. Chief Gabriel Yakubu Aduku is the Amana Ogohi 1 of Igala land, a past president of the Nigerian Institute of Architects as well as the Architects Registration Council of Nigeria, among several other professional accomplishments. Chief Gabriel Aduku is the quintessential Igala man, honest, visionary, and self-effacing and a firm believer in the unity of the country. That explains why he has quietly succeeded, over the years to build a network of friends and associates across the length and breadth of this country. It is also consistent with the reputation for integrity which he enjoys all over Kogi State that the Kogi State House of Assembly passed a resolution at its plenary on May 26, 2010 extolling the virtues of Chief Gabriel Yakubu Aduku, and pleading with you to use your good offices to reintegrate him into government, having being exonerated of all the corruption charges.

As a Minister of State for Health, he made a positive impact and brought his professional experience as an architect to bear on the programmes of the Ministry of Health, especially in the Roll-Back-Malaria programme, within the short period he spent in the cabinet. The current Vice-President, Alhaji (Arc) Namadi Sambo, can also testify to Chief Gabriel Yakubu Aduku’s professional integrity and astuteness. Both of them practised architecture from within the same Kaduna city. The present National Chairman of your great party, PDP, Chief Okwesilieze Nwodo, is also in a position to confirm Chief Gabriel Yakubu Aduku’s political pedigree and contributions to the growth of the Peoples Democratic Party, PDP. Both were members of the National Republican Convention (NRC) and are pioneer members of the PDP. Mr President, it may interest you to know that your great party’s logo which was showcased at your presidential declaration at the Eagles Square was designed at the inception of the PDP by this humble man, whom the EFCC attempted to disgrace without any evidence.

Mr. President, I read a newspaper article in Thisday of September, 2010, where a writer compared the tribulations of Chief Gabriel Yakubu Aduku with the case of the Vaswani brothers, and argued that what is good for the goose is equally good for the gander. The writer made a passionate case for the rehabilitation of Chief Gabriel Yakubu Aduku and a public endorsement of his innocence as was done in the case of the Vaswani brothers. I agree completely with that writer because, Mr President, the two cases bear a lot of similarities. If your government, through the Attorney General of the Federation and Minister of Justice, Mohammed Adoke, SAN, can publicly acknowledge that the system erred in prosecuting the Vaswanis, who are not Nigerians, the same acknowledgement of wrongful prosecution ought to be made about one of our most accomplished citizens. As a man who believes firmly in justice and fairness and who has espoused his dream for a better and greater Nigeria, I have no doubt, Mr President, that you will ensure that justice prevails in the case of Chief Gabriel Yakubu Aduku, whom you know very well from your days together in the Federal Executive Council, and who has served this country meritoriously in different capacities.

By resolving the Gabriel Yakubu Aduku matter in a positive manner, you will be sending a clear message to all Nigerians that, much as your government is waging a relentless war against corruption, honesty and transparency will have their rewards. You will also be restoring the pride of the Igala nation which has been tainted and diminished through the unwarranted and unfounded humiliation of the ambassador of the Igalas and an illustrious son of Kogi State by way of baseless allegations which all the courts of the land (from the lowest to the highest) have established as lacking in merit.

Thank you, Mr. President for taking out time from your very busy schedule to read this letter. Here is wishing you success in your campaigns for the Presidency of our great country. As we look forward to hosting you in Igala land in the course of your campaign tours round the country, we believe you will put a smile on the faces of all Igala sons and daughters by doing something absolutely tangible about our illustrious son, Chief Gabriel Yakubu Aduku.