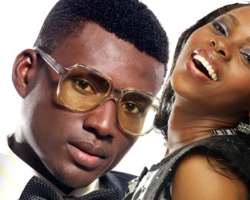 It has been an exciting three months of MTN Project Fame West Africa performances but like the saying goes “all good things must come to an end”.

It just seems like yesterday when the contestants came into the Academy with raw talent and determination. Over the following weeks, the Faculty polished their rough edges and has successfully refined them into quality performing artistes.

This weekend marks the end of the third season of Project Fame and the question on everyone's lips is who is going to be the winner of this season's competition.

It has never been easy predicting winners since the show kicked off in 2008, and this season has even proved more difficult, churning out some of the finest contestants thereby making the art of prediction quite a complicated science.

From the surface, most folks are tipping the Ghanaian wonder boy Kesse to become the first non-Nigerian to win. His soulful and passionate performances have never failed to bring down the house, praise from both the judges and members of the faculty.

At an early part of the show he was seen as the runaway winner but lately petite bombshell Chidinma from Lagos has been giving him Kesse a run for his money. Chidinma has blossomed from the girl who lacked confidence into a sassy and bold diva.

In the past few weeks, she has commanded standing ovations and commendation from the likes of Onyeka Onwenu and Cobhams. If an upset is to be made, it could come from Chidinma who has proven that she can fight tough with the boys.

But let's not be too quick in jumping the gun, Tolu whose voice melts the coldest of hearts and who has rediscovered his form might just pull enough votes to win the top prize. Tolu has shown that he is more than capable.

His original composition, Arewa was one of the crowd favourites if that is anything to go by.

But Ochuko and Eyo won't just be folding their arms and allow the others to have all the fun.

Ochuko has steadily proven himself to be a mature performer while Eyo has revealed layers of depth in his craft after toning down on his theatrics.

Before the die is cast, let's not forget that Yetunde is still a force to reckon with. She has proven to be the dark horse in this race and at the last minute might have a lot of votes swing her way.

One thing for sure is that an upset is likely to occur. Don't be told about it, watch it as it unfolds.

The winner of this year's PF will be going home with N2.5M, a brand new Toyota RAV4 and a recording contract.