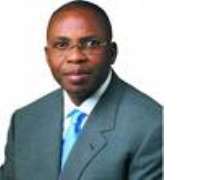 It was revealed yesterday during plenary in the floor of the  Imo state House  of Assembly that an unnamed man from Ikeduru council area of the state broke into the house chambers over the weekend with yet unclear motives and vandalized the chambers.

Consequently, it took assurances from the Police  Bomb Disposal Squad  before honorable members agreed to sit yesterday in the chambers for fear of a possible bomb attack.

After the Anti-bomb squad had swept the chambers, it was still not entirely easy to assuage the fears of the legislators with the result that only about 14 members out of 27 sat in for the House session with some of them leaving the chambers before the session was over.

Investigation by huhuonline.com has however revealed that the said invader was actually a lone-protester expressing his disenchantment over perceived uninspiring performance of the  Imo State House  of Assembly.

Sources at the Assembly complex who confided in our correspondent said the aggrieved man broke into the Assembly chambers through the glass panes leading to the chambers.

During yesterday's sitting however, it was evident that the man broke up some furniture, damaged microphones and public address systems, destroyed some decorative fittings but took away nothing.

Dependable sources has also informed huhuonline.com that the protester who was thereafter arrested and so far, barred from the media had boldly argued that since the Assembly has been reduced to a 'rubber stamp legislature' wallowing in affluence while the citizenry suffer, it was better they cease to sit which was why he destroyed the public address system used for house sittings.

Effort to get the name of the man proved abortive as the House of Assembly Police post which arrested him was not forth-coming with details of the man and his action.

The lone-protester has since been transferred to the State Police Headquarters and his where about kept under the radar.

Meanwhile, the Imo state House  of Assembly has unanimously adopted a motion supporting  President Goodluck Jonathan  as the candidate of the People's Democratic Party  (PDP) for the 2011  presidential elections .

Presenting the motion in the floor of the House, Emelumba opined that Jonathan has exhibited such sterling qualities and level-headedness befitting the president of a plural and complex society as  Nigeria , especially during the trying times of his transition from Vice President to President.

He therefore urged the Assembly, in view of the profound  leadership qualities  of President Goodluck Jonathan , further exemplified in the equitable appointment of the first Igbo Chief of Army Staff since the end of the civil war over 40 years ago, to call on all Igbos through the South-East Governors to declare their total support for President Jonathan's presidential bid.

Adding his voice to the motion, Hon. Stan Dara said that the appointment of  Major General  Ihejirika as the Chief of army Staff is a genuine demonstration that the civil war was indeed over. While supporting the endorsement of Jonathan by the  state legislature , he reiterated the call on the leadership of the PDP to adopt Jonathan as the consensus candidate in the 2011  presidential election .

Opposing the motion, the minority leader, Hon. Benjamin Emeronye of the All Progressive  Grand Alliance  (APGA) warned that the House and Igbo leaders may be jumping the gun saying that Jonathan should first declare what his presidency has in stock for Ndigbo before Igbos leap into his political bandwagon.

When it was put to vote, the pro-Jonathan lawmakers overwhelmingly had it.