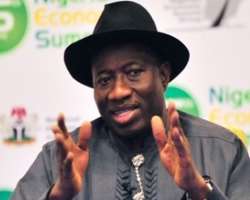 
LAGOS, Sept 14, (THEWILL) - A myriad of socio-economic menace confronting about 96 borders in 21 states of the federation will soon become a history as Federal Government fine-tunes plans to tackle diverse crisis of infrastructure undermining security of lives and property in the area.

Consequently, the administration of President Goodluck Jonathan has approved an unspecified amount to embark on massive infrastructural renewal and provision of required social amenities for communities contiguous to the country’s borders.

Addressing the key members of the state executive council including Deputy Governor, Princess, Adebisi Sarah Sosan, the Secretary of the Border Agency named Lagos communities as settlements around international boundaries to benefit from the fund just released to the agency.

He said the agency "is currently undergoing tour of all the border communities in the three South-West states of Lagos, Ogun and Oyo, where the communities share international boundaries.

"Border communities in 96 Local Government Areas spread across 21 states have been neglected over the years, adding that if well developed, the communities could play positive roles in the economic development of the nation," Wills said.

The agency’s secretary said it was based on that premise, that the Federal Government released some funds for the development of these communities, for which border communities in Lagos will benefit.

Wills said, "Our agency is here to complement the effort of the state government in line with our statutory mandate to bring development to your border communities along international boundaries. We have considered Lagos as very strategic in our border development blueprint based on visible development in the state.

"The agency strongly feels that our service delivery is abundantly required now and we want to fully collaborate with Lagos State in developing the international border communities. These international borders are those that are within 15 kilometers from the Nigeria borderline.

"Presently, some funds have been released by the Federal Government to develop some border communities and we have chosen Lagos to benefit from this gesture. We would visit the border communities, discuss and assess their needs for our intervention."

In his reaction, Fashola said there was a sense of importance in what the agency had set out to do in the state, adding that border communities were critical to the economic development of the nation.

Fashola therefore underscored the importance of border relationships describing it as a critical aspect of international relations which failure could have serious economic consequences for any nation.

The governor noted that states also have a critical role to play in nurturing border relationships especially those that have international border boundaries with other countries in the West African sub-region.

Fashola expressed the readiness of the Lagos State Government to provide all the necessary support to the members of the agency during the tour of the border areas in Lagos State.

He expressed the hope that the agency would have be provided the wherewithal and necessary support that it requires to ensure safe and efficient border relationships in all the 21 States and 96 Local Governments with border boundaries nationwide.

He stated that as part of his commitment to ensuring that the team makes a success of its trip to Lagos, he has invited the Surveyor General of the State to be a part of the team from Lagos to provide all assistance and clarifications on border communities.