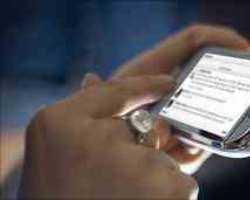 
Nokia marketing head president Niklas Savander says the firm should not try to copy its rivals.

Finnish phone giant Nokia has vowed to fight back as it battles for customers in the increasingly competitive smartphone market.

Nokia is still the largest maker of smartphones but is facing stiff competition from the likes of Apple, Google and Blackberry maker RIM.

The firm's Niklas Savander admitted the firm had been losing out to rivals.

Continue reading the main story
Related stories
Nokia's mobile chief steps down
Finland's Nokia profits slump 40%
“That is about to change. Today we shift into high gear in Nokia's fightback to smartphone leadership,” he said.

According to research firm Comscore, Nokia's market share has fallen more than 14% since July 2009, although it still commands more than half the market in many western European countries.

Market share
Apple and Android devices have both grown by more than 5% in the last 12 months Comscore says, but both still command less than half of Nokia's market share.

However, he admitted that the firm was going through a “tough, challenging transition” and still had a lot of work to do.

The talk followed a period of turmoil for the firm.

On 10 September, it announced that it would replace its chief executive Olli-Pekka Kallasvuo with Microsoft's Stephen Elop.

And on Monday, Anssi Vanjoki, the head of Nokia's mobile business, resigned after just two months in his current job.

On stage, Mr Vanjoki said little about his decision, merely acknowledging that his talk was his last Nokia event and thanking the company and its customers for the last twenty years he has been with the firm.

He also took time to reflect on Nokia's current position, echoing a blog post that he wrote when he took up his job in July.

“We have taken some knocks over the last few years but we have positioned Nokia for the future,” he said.

He used his time to introduce Nokia's new line up of smart phones.

The C6, C7 and E7 devices all run on Symbian, the most widely used mobile operating system in the world.

The C6 and C7 are both consumer devices with touch screens, high quality cameras and access to Nokia's Ovi app store and Ovi maps navigation service. The E7 is the firm's flagship business phone with a full qwerty keyboard and tilt screen.

Analysts at CCS Insight said the devices were “critical to Nokia” but the Symbian software, despite refinements aimed at making it easier for developers to write apps for the phones, was “not positioned to challenge the iPhone”.

“Nobody doubts Nokia's credentials. It has the market share but has lost the mindshare, said CCS Insight analyst Ben Wood.

“Nokia, along with all the other mobile manufacturers, has been wrongfooted by Apple and Google and it will be a tough road to recovery,” he added.

The E7 was one of three new smartphones unveiled by Nokia

The phones will join the firm's recently announced N8 device as part of Nokia's fightback. Later in the year, the firm will also showcase its Meego operating system, a joint venture between Nokia and Intel aimed at high-end devices.

“Offering people just one model will inevitably lead to compromises,” said Mr Savander in an apparent dig at Apple, which just makes one phone.

“We will continue to offer a range of devices to meet different needs, tastes and budgets.

“We will continue to expand the availability of smartphone features because everyone – not just the well off – deserve access to the Internet.”

Nokia's executives also took swipes at Google, claiming that its mapping platform was superior to that offered by the search giant.

“We are not going to apologise for not being Apple, Google or Samsung. We are Nokia,” said Mr Savander.

And he ended his talk in defiant tone.
“It is about three words: Nokia is back.”