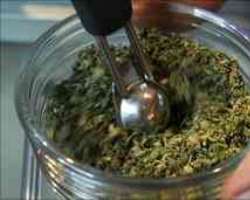 Policymakers should consider allowing the licensed sale of cannabis for recreational use, says one of the UK's leading researchers of the drug.

Professor Roger Pertwee is to make the call in a speech at the British Science Association festival in Birmingham.

He is expected to say radical solutions have to be considered because he believes the current policy of criminalising cannabis is ineffective.

But the government insists decriminalisation would not work.

The dismissal last year of Professor David Nutt as the previous government's leading drugs adviser showed it was in no mood to consider relaxing the status of cannabis as an illegal class B drug.

It is a view shared by the current government, but Prof Pertwee, an expert on cannabis-like chemicals, is to tell scientists that he, like Professor Nutt, believes it is a policy that is doing more harm than good

“At the moment there is an awful lot of harm caused by what we have at the moment, with children going to a drug dealer or they try and grow it themselves and then they get into trouble with the law.”

The University of Aberdeen researcher added: “And by dealing with criminals they may well go on to other drugs as well”.

Instead, Prof Pertwee argues, one option policymakers should consider is the setting up of a committee to license the sale of recreational cannabis.

“You would have to think about licensing a suitable supplier and have retail outlets and the next step would be to have marketable, branded products that someone wants to use. At the same time it's got to be as safe as possible,” he explained.

Prof Pertwee said licensed products should not be sold in cigarette form – so called “joints”.

One delivery mechanism he said should be considered is known among drug users as a “volcano”, which heats cannabis to produce a vapour without burning it.

This avoids the burnt products of cannabis that are carcinogenic.

These products should be withheld from high risk groups, he said, especially young people under the age of 21.

Successive governments have resisted efforts to decriminalise cannabis for recreational use.

Even the change in classification for the drug from “B” to the supposedly less harmful class “C” made by the then Home Secretary David Blunkett in 2002 was reversed in 2009.

So how does Professor Pertwee respond to the suggestion that what he is asking for is politically unrealistic?

Commenting on Professor Pertwee's remarks, a Home Office spokesperson said: “There is clear evidence that cannabis is a harmful drug which can cause damage to mental health in the immediate and longer-term. Even the occasional use of cannabis can be dangerous for people with diseases of the circulatory system.

“The Government does not believe that decriminalisation of cannabis is the right approach. Our priorities are clear: we want to reduce drug use, crack down on drug related crime and disorder and help addicts come off drugs for good.”