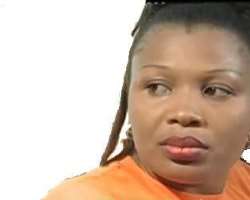 She's a talented, sultry actress, presenter and the CEO of Sochis Beauty Salon and Spa Center.

Married to a loving husband with two kids, Chidi Ihezie-Okafor has being in the Nigerian movie industry for 16 years. Her role in Billionaires Club in 2003 catapulted her into the limelight and since then, she has featured in countless movies including: My in-law, Deceiver, I'm in love, Fire on the mountain, 100% husband ---and many more.

In a recent chat with RITA OKAFOR, in her Akwonjo home, this Imo State born diva revealed the secret behind her successful marriage amidst several broken relationships of her colleagues, why she took a break from her acting career, her pet projects and other issues.
Ecerpts:

This year, I have being very busy doing other things aside acting. That's the major reason I have not featured in movies lately. You know, it's not easy to be a wife, mother, actress, considering other roles attached to them. Honestly, it has been very challenging.

I had to reject some of the jobs that would take me outside Lagos, so I could devote more time to my kids and husband. Right now, they are my priorities; they come before any other thing, business, acting or whatever. I wouldn't say I regret the break because the joy of seeing my kids grow around me is incomparable.

My in-laws love kids because they are not many in the family, so I intend to give them what they desire and deserve.This year was their year; I will surely bounce back early next year, by the grace of God. Many of my fans have being calling to know why I my face has been scarce in the entertainment industry. They thought I had quit acting. I have not; I just went for a short break.

I have other projects at hand at the moment, so you see I am not just sitting at home, baby nursing.I was a presenter at Ogene T.V in Daarsat, alongside Florence Onuma. It is called Ejirimara. It's a medium where we interview and chat with Igbo speaking celebrities in their local language.

Few months ago, I opened Sochis Beauty and Spa Center, where ladies could walk in and make their hair, nails, body massage, facials and other body beautifications. It has not being easy running the centre, but I thank God, because it has been wonderful so far.

I decided to try my hands on other things because I don't want to depend solely on my acting career. Though my husband is up and doing, I am only trying to support him the little way I can. I really found the beauty center very helpful.

I got married to my husband 10 years ago and since then, we have been living together peacefully like brother and sister.
My husband is very understanding and supportive. He understands the nature of my job more than I do. Most times, I bring my scripts home to him and we go through them together, he also coaches me on how to go about it.

When I informed him of my plan to go into another business alongside acting, he gave me all the necessary assistance; financially, emotionally and otherwise. Our marriage is over a decade old now, yet it seems like yesterday, we have grown to be fonder of each other.

Why marriages of celebrities' crash

Most times people get married for the wrong reasons. Some women marry their husbands because of his fat account or his position. When the money is gone, that would be the beginning of their marital problems. Some may end up marrying the wrong man or woman.

Another major cause is pride. Some women are not submissive. Even the Bible gave the man authority over the woman and the women were told to be submissive to their husbands. But when the reverse is the case, what do you expect?

A marriage without God, is standing on sinking sands, anything could happen at anytime. My joy is that I am convinced that I married my own husband and not another person's, that's why my marriage is not shaking.

I try as much as I can to say sorry, even when my husband offends me, I would be the first to say sorry to him, just to make peace reign. Some women find that move very difficult to make.

One other thing we fail to understand is that the men like being in charge. So, you have to give them all the respect and authority they deserve if you want your marriage to last long.

There is no work without challenges. Combing the roles of a wife, mother, actress and beauty shop C.E.O has not being easy. But my husband has been very supportive, both at home and in my shop. There are certain things he helps me to do. Since I don't have a house help, my husband and I do most of our house chores together. Then, here in my shop, I have to be there always to attend to my numerous customers.

Although, I have staff that specialize in diverse positions but most times, my customers would want me to be there for them. Most especially my colleagues in Nollywood, they call to confirm my presence in the shop before they would come to patronize me.

I'll be back in Nollywood

Like I said earlier, by next year, I will surely bounce back to my acting career either as an actress or producer or both. I have missed going to locations to shoot because it's lots of fun being with my colleagues acting and chatting. Most of my colleagues still come around to spend some time with me. I still enjoy few advantages as a celebrity. I go to parties or occasions and still enjoy the advantages of an actresses.

Yes, I have heard much about the quarrels and backbiting dominating the Nigerian movie industry these days. But I am not involved. I greet whosoever comes my way. I often go to AGN (Actors Guild of Nigeria) office to know how they are faring. I don't have problems or keep malice with anyone, be you an actress, producer, director or whoever.

I don't' have time to fight, quarrel or exchange words with anyone, because I strongly believe that what is for me will never pass me by.
If a particular role, is the problem I will leave for the person fighting over it, if God has stated that it would be for me, there is nothing that person would do to change that.

The movie that brought me to limelight, I didn't drag it with anyone, so why now that I could still feature in as many movies as I want.
But the fact that I am gentle and easy going doesn't meant that people should start stepping on my toes to know what I would do. As much as I would not fight you, I would make sure I tell you something that you will never stop thinking about.