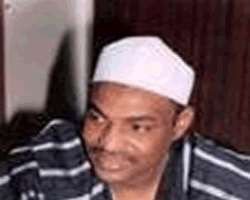 In Kano State today, old rivals are becoming new allies while good friends of yesterday are becoming arch enemies. The latest politician to dump his party for greener pastures elsewhere is a one- time state chairman of the All Nigeria Peoples Party, (ANPP), Senator Muhammad Adamu Bello, who on August 10 defected to the Peoples Democratic Party (PDP) in a move that has been generating ripples and queries, given that it was least expected that the fine- faced senator, who was once a caucus member of the ANPP, will suddenly turn his back on his party.

But justifying his exit from the ANPP, Senator Bello said his erstwhile party can no longer represent the dream of the Nigerian people adding that the current spate of intra- party squabbles in the party has made it practically impossible for its members to nurse legitimate ambitions under its shade.

At present, Senator Bello represents Kano Central in the Upper chmaber of the National Assembly. His seven years sojourn in the ANPP saw him through various ranks and posts, among which were the state party chairman, the commissioner for the environment and the commissioner for agriculture.

Bello stressed that from the 1999 general elections to date, ANPP in the the state has been riddled with mind boggling problems, brought about by crafty, villainous and fraudulent individuals who take immense pleasure in seeing the party in disarray. Beyond the issues he stated, however, investigation by Daily Sun revealed that until lately, Senator Bello was one of those reportedly eying the governorship position on the ticket of the ANPP in the state. The Senator's exit, therefore, may not be unconnected with disagreements arising from the reported choice of the Governor, Mallam Ibrahim Shekarau, which is more inclined toAlhaji Salihu Sagir Takai than the rest of the aspirants in the party.

It is speculated that his migration to PDP is on account of an alleged pledge by President Goodluck Jonathan, to endorse his governorship candidacy in the PDP, when the time comes. According to sources, the truth of which has not been verified- Senator Bello was one of those politicians who assisted Jonathan as acting president and as such, Jonathan owes him a pay back favour in his governorship bid. In the interim, Observers are watching this latest move with keen interests, hoping to see how Bello will navigate the storm in the PDP as well as how he will now work dutifully with his previous foes.

But Bello's defection is not an isolated case in the state. Many other politicians are on the quick trek to this same road. According to the Chairman of the state PDP, Alhaji Farouk Iya Sambo, in a telephone chat with Daily Sun, the number of those rushing from the ANPP to the PDP is mind boggling, saying 'this is a reflection of where the pendulum will swing in the 2011 elections.'

Reports have it that the recent rallies/tours sponsored by the executive of the PDP across the 44 local councils in the state had been relatively successful. Farouk Iya said that the rallies also featured the reception of members of the ANPP who swapped their loyalties while pledging that his party will take over the Government House by 2011. What, however, he did not say is that his own party is also ravaged by the deficits of defections.

PDP in the state has also suffered similar losses of men of caliber and content due to the migration of different cadres of its members, who hold one grievance or other against the system or against certain individuals in the party. It is a consensus that the worst is yet to come as the party, unlike the ANPP, has not summoned the courage to come face to face with its nightmare. To be exact, many of those in the opposition rank, within the party are being axed by the domineering group, the Kwankwasiyya faction, and their fight from within is just being postponed to yet another day.

It is also true the estimate that the quantum of aggrieved persons and unhappy parties within the PDP in Kano is very heavy. And as things appear, it may get worse with time once, Dr. Kwankwaso makes the list of his choice public. For instance, for each of the tickets available in the party, there are at least five aspirants waiting in the wings to grab it. when the list is revealed eventually, those who feel shortchanged may flee to the Congress for Progressive Change, CPC (a party that is waiting to grow from the harvest of grief) or to ANPP ( that is if the 2011 Mallam Ibrahim Shekarau Presidential project begins to make a stronger national impact).

For now, the Kano PDP has lost a couple of heavyweights, too, to the ANPP. Among those who had left are Hon. Barau Jilbrin, a former member of the House of Representatives and Committee Chairman on Appropriation in the House (1999-2003), Uba Jigo, a former state chairman of the party, Alhaji Zubairu Dambatta, a former Special Assistant to President Olusegun Obasanjo, and also Alhaji Hamza Darma, a one time governorship aspirant of the PDP.

Also on this journey of migration and defection includes Alhaji Ujudud Sheriff, a renowned journalist and a one-time senatorial aspirant under the PDP, Alhaji Kunya, a PDP member in the state House of Assembly, Hajia Binta Sayyadi, a former Woman Leader of the PDP and Hon. Abduwa Gabasawan.

The Special Assistant to the Governor on Media and Publicity, Mallam Sule Yau Sule, told the Daily Sun, last week, that these politicians did not defect to the ANPP alone.He insisted that they decamped with all their supporters and other complimentary political resources, noting that about 50,000 supporters, who were die hard supporters of these defectors have since moved with them to the ANPP.

One of those who decamped recently, from the PDP to the CPC in the state is Dr. Auwalu Anwar . Anwar has declared his gubernatorial aspiration to vie for the governorship ticket of the new, blue party. The one-time Commissioner for Education in the Federal Capital Territory, Abuja, and a former Political Adviser to the former Speaker of the House of Representatives, Alhaji Ghali Na 'abba told the Daily Sun that he quits the PDP due to the absence of internal democracy.

Hear him : 'I left PDP because the party was a collection of strange bedfellows. The purpose of the party was to force the military out of power and that has been achieved. And after achieving that, the PDP became something else, especially in Kano. 'We have been leaving with the weaknesses of the PDP for so long. We had reasons to believe that we can correct these weaknesses. And we hoped in vain. In Kano , we had a peculiar problem: the Kano PDP had become a collection of clubs and societies, definitely not a political party,' he stressed.

He continued ' And I participated in one of the clubs, the Garkuwa group and I was one of the seven leaders of the club. I have this strong feeling that the purpose of political participation is to better things in the society and I think a time has come in which I feel to govern the people of my state. And I doubt if that is possible in the PDP.

'The truth is that in PDP (Kano), it became impossible to nurture the dream of wanting to become even a councilor, without the approval of certain individuals in the party,' he concluded.

Understandably, the registration of the Congress for Progressive Change (CPC), led by General Muhammadu Buhari, and registered by the Independent Electoral Commission of Nigeria (INEC), a few months ago, has changed the equation of politics in a lot of ways not known to the ancient city before now.

There is this assumption that General Buhari is a vehicle to electoral capital in the state in 2011. A number of persons may not readily agree with this claim. They argued that contrary to the initial noise, the CPC is bringing nothing new to the table, in content or in terms of a clear ideological superiority beyond the purported integrity of its founder figure, General Buhari.

Yet, here is a new party that offers a fresh option to a majority of politicians in the two dominant parties in the state, who have been stifled in silence through the years. One of the consequences of all these movements is the fluid, unpredictable nature of the politics of the ancient city, such that up till now, nobody can begin to say categorically which of the parties or the aspirants stand on a higher ground in the battle ahead.

Alhaji Huruna Manzo, a political scientist and public commentator told Daily Sun in Kano, the migration and defections witnessed across the party once again depicts the true colours of the political class and their hypocrisy, adding that it simply shows that they have no known principles behind what they do.

'Many of these people are opportunists and can sleep with their worst enemies tomorrow, if they have the signal that their selfish interests may be attained from there. They are not in any party because of the people or because they believe in what the party stands for. They can turn full length tomorrow if the deal is right' he declared.

He added that those who are defecting today may cry tomorrow, adding that after all, it is all a gamble. 'There is no guarantee that agreements are kept in the Nigerian political system. Promises made to them as they come may be betrayed and there is no time for them to truly immerse themselves in their new parties to enable them command the heights of their ambitions easily.