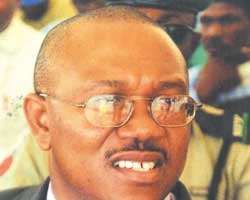 The Lagos police through unconfirmed sources point to the large sums of money as concerning and indicative of possible financial crimes. The source within the Lagos police indicate that the suspicion is that Governor Peter Obi may have been using his operatives to launder the said money.

In addition, unconfirmed information indicate that the operatives who the Police have begun interrogating - have begun to spill the beans - on the real destination of the money. But Ukpakareports.com have yet to get the details of the confessions.

The arrest by the Lagos State police was made on the morning of June 1, 2009.