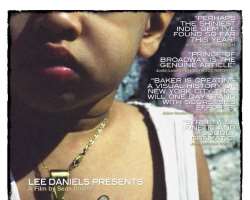 Running Time: 102 minutes
Contact:
Mary Ann Hult
Hook Publicity
917-312-6786
[email protected]
www.PrinceOfBroadway.com
SYNOPSIS:
Prince of Broadway is the story of Lucky, a charismatic hustler eking out a living in the underbelly of New York's wholesale fashion district. An illegal immigrant from Ghana, Lucky makes ends meet by soliciting shoppers on the street with knock-off brand merchandise. Life is good for Lucky, but his dreams are suddenly upended when a child is thrust into his world by a woman who insists the toddler is his son.

A tender comedy of fatherhood, family and love set in the shadow of the Flatiron building and soaked in the colorful bustle of urban realism, Prince of Broadway reveals unseen lives creating their own knock-off of the American Dream.

ABOUT THE FILM:
Prince of Broadway is the latest effort from award-winning writer/director Sean Baker (Greg the Bunny, Take Out). Drawing on the untapped talents of mostly unknown and non-professional actors, Prince of Broadway takes a closer, decidedly realistic look at an area of New York rarely shown on film. The project originated in 2004, when Baker decided to use the wholesale district of New York City as a back-drop for his next project.

Baker and Victoria Tate (associate producer and actor) began research on the district in the winter of 2006, interviewing shop owners and street hustlers in the area. It was during this research that they met Prince Adu, an employee of a wholesale tee-shirt shop. He immediately expressed interest in working on the film and would eventually land the lead role of Lucky.

Baker decided that showing the district through the eyes of a child would be an appropriate mirror for the simultaneous audience initiation into this world. Adu introduced Baker to Kat Sanchez and her son Aiden Noesi. It was obvious from the first meeting that Aiden was perfect for the role of Prince the son Lucky never knew about. However, it was a pleasant surprise when Kat expressed interest in playing the child's mother. She landed the role after going through the formal audition process. Baker also enlisted the aid of Karren Karagulian to play Levon, Lucky's boss. The two worked together on Sean's previous feature Take Out.

After Greg the Bunny wrapped its 2006 season on the Independent Film Channel, Baker jumped head first in to production. Employing the talents of fellow filmmaker Darren Dean to co-write the script, production was slated to shoot for 20 odd days in February of 2007. Due to the constraints of a self-financed budget and working with a child, the shoot spanned close to 35 days. It was shot on HD Video employing Panasonic's P2 technology.

Prince Adu – Lucky
Prince Adu makes his film debut (but certainly not his acting debut) in Prince of Broadway. The native of Ghana performed in many plays throughout his high school years and claims he “always knew he would be an actor” - not a surprising statement considering his career turn as a professional hustler. Prince's life served as a template for Prince of Broadway's story and his name inspired the film's title. A man of many purported secrets, Prince also served in a creative consultant role during the duration of the movie's shoot.

Karren Karagulian – Levon
Karren Karagulian is a native of Armenia. He came to the U.S. in 1990 at the age of 20 and befriended writer/director Sean Baker shortly thereafter. With no aspirations to become a movie star, Karren was cast in small roles in Baker's first two films, Four Letter Words and Take Our. He has since been featured in three other films, including a documentary. With no formal acting training and few expectations, Karren seemed the perfect fit for Levon – leading to his first starring role in a feature film. Karren resides in New York with his wife and kids.

Aiden Noesi - Prince
Aiden Noesi makes his film debut in Prince of Broadway. A native of the Bronx, where he resides with his parents Robert and Kat – both also featured in the film. Aiden's natural flair for improvisation made him the obvious choice for the role of “Prince”. In other firsts, Prince of Broadway marks the first time he has uttered the words “okey-dokey” and “Linda”.

Keyali Mayaga – Karina
Keyali Mayaga had taken part in short films and plays prior to being discovered for Prince of Broadway. The African-French actress is most recognized as a singer-songwriter throughout Europe – most notably France – writing songs for other musicians and opening for renowned French performers. With a strong belief in combining brains with art, Keyali has recently completed her MBA at St. John's University in New York as part of a foreign-exchange program. Keyali, who is frequently referred to by the film's producers as “a happy accident”, was discovered living in the building that “Karina” auditions were held.

.
Kat Sanchez – Linda
Kat Sanchez is a talented singer/songwriter/poet from the Bronx (by way of Manhattan). Discovered during her son Aiden's audition, Kat seemed an obvious choice to play the difficult role of the mother of “Prince.” This is Kat's film debut.

Victoria Tate – Nadia
Victoria Tate (Nadia) is a native New Yorker and a recent graduate from the 2-year William Esper Meisner training program. Prince of Broadway marks her feature film acting debut. Film and Television credits include both commercial work as well as a number of independent projects such as IFC's Greg The Bunny. In theater, she has mastered both classical and contemporary roles, from Shakespeare to Shanley. Before deciding to act professionally, Victoria was an associate producer on the feature film Loggerheads (Sundance '05). Victoria is a talented singer songwriter and a published author.

ABOUT THE FILMMAKERS:
Sean Baker — writer / director / camera / editor
Sean Baker is a New York native and a graduate of NYU film school. Take Out, Sean's previous feature is a social-realist drama about an undocumented Chinese immigrant in New York City. It was theatrically released in June 2008. It went on to be nominated for an Independent Spirit Award and released on DVD by Kino Entertainment. Sean is also a co-creator/director/executive producer of MTV's Warren the Ape. Warren the Ape is a spin-off of Greg the Bunny which gained a cult following while running on both FOX and IFC.

Darren Dean — writer / producer
Darren Dean was born and raised in Northern New Jersey, where he still resides. He is a graduate of William Paterson University. Prior to entering the world of film, Dean was a respected journalist and front-man for the popular New York-based rock band SHOT. Dean's first film is the multi-award winning short film Sleepover, which caught the eye of director Sean Baker, leading the two to work together on Prince of Broadway. Dean recently wrapped as Producer on his second feature, Kinyarwanda, which will hit the festival circuit later this year. He is currently developing the Soul Tigers musical film and another top-secret project, both slated to roll in 2011.

Stephonik Youth and Sean Baker have collaborated in film for over thirty years. Stephonik had her first role as lead actress in their film, Space Wars, at the age of two. In their various remakes of seventies blockbusters, including Grease and Jaws, she was either a behind the scenes hand, extra, or lead actress. She played Mary Anne in their Super 8 version of Gilligan's Island (the film) at age three and a half. In her directorial debut, Best Friends Forever (1983), Sean acted as part of a machine gun-wielding S.W.A.T team.

Since then, she has pursued a career in the arts and commercial arts focusing mainly on films comprised from 35 mm stills. Her main focus now is music. She is completing a conceptual debut album with her band, LIVING DAYS, about two teenagers who lose their hearts to fire in a fit of passion. Stephonik currently lives in Manhattan and is working on a screenplay about a family who lives in a small house in Nevada City beneath a roller coaster.

Blake Ashman-Kipervaser — associate producer
Blake Ashman-Kipervaser is an independent filmmaker based in New York City. He has worked as a producer on several notable films including the Independent Spirit nominated Prince of Broadway and The Lottery directed by Madeleine Sackler (Tribeca '10). He also co-produced Mister Green directed by Greg Pak (SXSW '10) for the ITVS series Futurestates, and 2012: Time for Changes featuring Sting, Ellen Page, and David Lynch. Additionally, Ashman-Kipervaser co-produced two seasons of the television series Greg the Bunny for IFC.

He is currently working with Mangusta Productions on releasing a slate of films including Being in the World directed by Tao Ruspoli, and The Living Wake directed by Sol Tryon.

Victoria Tate — associate producer
Victoria Tate became involved with Prince of Broadway in the early phases of development, and continued to lend her support throughout production. She has worked in acquisitions at Sony Pictures Classics, served as an associate producer on the feature film Loggerheads (Sundance '05), as well as working on more commercial projects at Moxie Pictures, a production house in New York, Los Angeles, London, and Paris.


The Club
Carolyn A. Dean