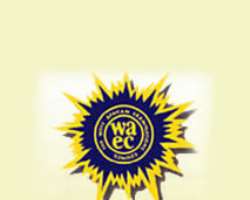 No fewer than 677, 007 candidates who wrote the May/June 2010 West African Senior School Certificate Examination (WASSCE) obtained five credits and above unlike in the last two years when candidates recorded mass failure.

The 677,007 successful candidates represent 50.09 per cent of the 1,351, 557 million candidates that wrote the school examination nationwide between April and May 2010.

He explained that 677,007 candidates that made five credits and above were qualified to apply for admission into the nation's tertiary institutions.

Uwadiae said, of the total number of candidates that sat for the examination, only 337,071 candidates representing 24.94 per cent obtained credits in English, language, Mathematics and three other subjects.

His words: 'Out of the total number of candidates, 1,278,843 of them representing 94.62 per cent have their results fully processed, while 72,714 candidates (5.38 per cent) have few of their subjects still being processed, as various errors and omissions traceable to them are being sorted out by the council.'

On exam fraud, the HNO said the result of 77.168 candidates (5.71 per cent) are being withheld based on various reports of their alleged involvement in examination malpractices during the school examination.

'All the reports on cases of involvement in exam malpractice have been compiled for presentation to the Nigeria Examinations Commission (NEC) of the council in November 2010.