MY HUSBAND DOESN'T FAST: SHOULD I COOK FOR HIM? 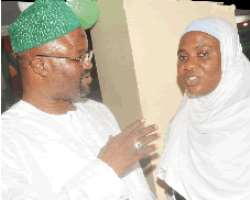 Two years ago I was diagnosed with ulcerative colitis, which is an inflammatory disease in the colon causing ulcers to form in the large intestine. It's very painful and causes flare-ups all year round.

I was unable to fast during the last two Ramadan due to the pain and blood loss. I am worried that this year will be the third year that I may not be able to fast. I would like to know what a person like me should do. I have tried fasting on days when I wasn't going through a flare-up, but it makes me go to the bathroom more, which causes my colon to bleed again.

How do I repay for my fasts? And is it sinful for me not to fast? And how can a sick person get the same amount of reward of a fasting person in Ramadan?

If one is not able to permanently fast, then only he/she may give Fidyah (compensation for not fasting).

If a person is ill but hopes to get better, then he/she will have to make Qadhaa (pay-back) for the missed fast. Giving Fidyah will not suffice.

It is not permissible to smoke during fasting. However, breathing the air polluted with smoke does not invalidate the fast.

Does kissing my wife and transferring saliva break the fast?

Kissing does not break the fast. However, if one spouse swallows the saliva of the other, the fast will be nullified. Hence, kissing, that is, mouth to mouth, is Makrooh (disliked).

Fasting is Fardh (compulsory), even on an alcoholic. Make Tawbah (repent) from your drinking and be punctual on your Salaat and fasting.

My wife missed about 20 days during Ramadan 5 years ago due to the imminent birth of our child and due to doctor's advice because it may complicate things. Also, the last 2 years, she did not fast because she was on her menstrual cycle. Does she have to make up all the fasts? She does not mind making them up but she is a weak person and fasting in Ramadan is already difficult for her. Can we pay for the fasts and feed the poor instead? Jazakallah

When a person misses a fardh (obligatory) fast, he/she is required to make this up as soon as possible. (Qadhaa). If he/she is unable to do so presently, he/she may delay the Qadhaa until he/she is able to fulfil it. If he/she has a very limited life expectancy and fears he/she will not be able to recover sufficiently to make these up before his/her death, he/she may pay Fidyah, in lieu of each fast, an amount equivalent to Sadaqatul Fitr. This must be given to someone deserving of Zakaah.

Your wife's situation does not seem to be so serious. We suggest that she make up one fast every week. Furthermore, this may be done in winter when the days are short so as to make it even easier.

I had the same problem last year and after ramzan I carried on fasting for a few days With the intention of qaza. (2) After using deodorant body spray (non-alcoholic) I felt the spray/fumes down the throat. This was totally unintentional. I just used it as normal on any other day without thinking about the spray going down the throat. The following day before using the spray I closed my mouth tightly and sprayed very slowly. After finishing I opened my mouth after a few seconds and I still felt something go down the throat although it Wasn't as strong as the first day.

Now I have decided I am never going to use deodorant during fasting hours. Please tell me if the above broke my fasts ? Why is it that if somebody eats something by mistake i.e not realising he is fasting the fast is not broken But when a few drops of water go down the throat during ablution, which is totally unintentional, actually breaks the fast.

2. Your fast is valid. You may use body spray during Ramadan. (Fataawa Mahmoodiyah vol.13 pg.128)

3. Shari'ah has excused a person who eats or drinks mistakenly. That is the reason why fast is not broken. However, during Wudhu, it is possible to avoid water from going down the throat.

What exactly did Prophet Muhammad eat in Ramadan for Iftar, Sahur and in between?

The entire year round, it was the practice of Nabi (sallalahu Alaihi wasallam) to eat whatever Allah Ta'ala made available. Nabi (Sallallahu alaihi wasallam) would not have a specific menu set for him.

Generally dates would be consumed with water to drink. If bread was available it would be eaten with some gravy. Thus the salient characteristic of the meals of Nabi (Sallallahu alaihi wasallam) was simplicity.

My husband doesn't fast: Should I cook for him?
My questions are these: Is it my duty to cook and serve food for my husband during Ramadan when he doesn't fast during the day? He takes medication that is not prescribed by the doctor, and I am sure he does not need to take it three times a day. He doesn't even pray. I am not happy about the situation, and repeated efforts to make him understand that he must pray do not yield any results. He says it's not Haram not to pray. He uses this non-prescribed medication as an excuse not to fast. He doesn't make up for it in other ways, though he knows they exist.

Fasting during the month of Ramadan is one of the five pillars of Islam which is obligatory upon every Muslim, male or female, who is adult (i.e. has reached puberty) and sane and who is not sick or on a journey. The Qur'an says, 'O ye who believe! Fasting is prescribed to you as it was prescribed to those before you, that ye may (learn) self-restraint. (Fasting) for a fixed number of days; but if any of you is ill, or on a journey, the prescribed number (should be made up) from days later.

For those who can do it (with hardship), is a ransom, the feeding of one that is indigent. But he that will give more, of his own free will,- it is better for him. And it is better for you that ye fast, if ye only knew.' (Al-Baqarah: 183-184)

In his response to the question in point, Sheikh Ahmad Kutty, a senior lecturer and Islamic scholar at the Islamic Institute of Toronto, Ontario, Canada, states:

'You do not owe the duty of cooking for or serving food and drink to your husband who does not fast during the days of Ramadan, if he does so without having any valid reason of sickness, travel, or old age that would exempt him from fasting. Since we are not allowed to condone or aid and abet someone who is doing a sin, if you do serve food or drink to him [during the hours of fast], your actions are considered sinful.

It is common knowledge in Islam that skipping fasts without valid reason of sickness, travel or old age, etc. is considered a major sin. From the way you have described your husband, it does not seem that he has any valid excuses not to fast.

Your husband is guilty of a another major offence by not praying; even greater than all of these is his denial of his obligation to pray while still considering himself to be a Muslim. If a Muslim denies his obligation to pray or fast, etc., he automatically goes out of the fold of Islam by such denial. There is a general consensus of scholars in Islam on this issue.'