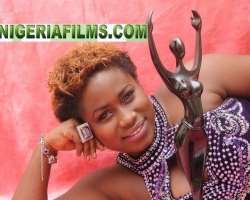 The general public and stakeholders in Africa's film industry can now submit entries for the 2011 African Movie Academy Awards. The late entry deadline for entries is 7th January 2011; nominations for the AMAA Awards will be announced in Kenya in February 2011.

(PRWEB) August 1, 2010 -- The Africa Film Academy invites filmmakers to submit their feature, short, and documentary works for consideration by the 7th African Movie Academy Awards (AMAA or AMAA Awards), the Premier Africa Film Awards®. AMAA is calling for nominations from the public and stakeholders in the film industry for winners in nearly 30 film categories. The deadline for all submissions is 30th December 2010; a late entry deadline is 7th January 2011. Nominations will be announced in Kenya in February 2011. Submission forms can be downloaded from the Awards Web site.

The 7th edition of the AMAAs will be held in April 2011 and will be televised globally. Only films produced and released between December 2009 and December 2010 may be entered for this celebration of African cinema.

The African Movie Academy Awards were founded in 2005. Held annually in Nigeria, the AMAAs is without doubt becoming the most prestigious and glamorous African entertainment industry event of its kind on the continent. Evolving from a one day event -- televised live -- to a diarized annual African event, the AMAA Awards are now an established engagement platform for filmmakers, industry professionals and all creative industry stakeholders. The primary aim of the AMAA Awards is to facilitate the development and showcase the social relevance of African film and cinema. The awards are presented to recognize and honor the excellence in professionals in the African film industry, including directors, actors and writers, as well as at to unite the African continent through arts and culture.

Over the years the award presentation has been attended by numerous international media representatives, Hollywood celebrities, Nigerian politicians, other African politicians, journalists, film industry professionals, and actors and actresses from across Africa.

The 2010 African Movie Academy Awards took place on April 10 at the Glory Land Cultural Centre, Yenagoa, Bayelsa State. In a night of glamour, glitz and exhilaration, Ramsey Noah was judged the best actor in the continent for his lead role in Kunle Afolayan's “Figurine” while Jackie Appiah, Lydia Forson and Naa Mensa-Doku jointly captured the best actress diadem based on their roles in the film “Perfect Picture.” The Ghanaians defeated popular Nigerian actresses Bimbo Akintola and Stephaine Okereke who were major contenders for the top prize for their roles in “Nnenda” and “Freedom in Chain.”

Other highlights of the 2010 AMAA Awards include “Imani” (Uganda) being named winner of Best Film in African Language; “A Sting in a Tale” (Ghana) winning Best Original Soundtrack; “The Tenant” (Nigeria) winning Best Screenplay; Shirley Frimpong Manso “The Perfect Picture” (Ghana) being named Best Director; “I Sing of a Well” (Ghana) winning Special Jury Prize; and “Figurine” (Nigeria) being selected as Best Picture. In addition to other awards and prizes, King Ampaw (Ghana) was presented with the Life Time Achievement Award.

Each completed entry form for 2011 entries must be accompanied by all the supporting materials listed on the submission forms, including the synopsis of the film, the list of credits, marketing stills of the film, filmographies of the directors and producers, 10 DVD copies of the film and proof of the right to submit. All films must indicate year of copyright. The Africa Film Academy will not accept any film that exceeds the 120 minute run as a feature or a short film that is longer than 50 minutes. The Africa Film Academy awards two major categories of short films and animation. This year the Academy announces a category for the Best Africa Film in the Diaspora and the Best Diaspora Short Film Awards.