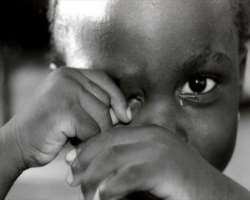 
The flowering of The African Century, as a material progress scheme, is also an enlightenment struggle. Most African elites have not thought about this despite their cultural obstacles wheeling around them that have asphyxiated their greater progress. And this means The African Century also embraces a critical look at the African culture that is expected to drive The African Century.

Here the enabling aspects of the African culture are grafted with modern practices such as the rule of law for progress. Botswana, with the best development indicators in Africa, has successfully done that in its national policy planning. But beyond Botswana’s fruitful format is using the African mixture to refine the inhibitions within the culture for progress. If in 2010 children in Benin Republic are branded as witches for their "abnormal" births then African elites, 50 years after independence from colonial rule, have not been reasoning well, especially from within their culture. They have serious homework to undertake if Africans are to take bold hold of their progress from within themselves.

The homework is seen in the English-American thinker Thomas Pain’s thinking under similar condition in the 17th century. If we borrow from Pain, The African Century should seriously include some sort of "Century of Reason" project in order to dismantle the cultural inhibitions that have been holding back Africa’s progress. The latest United Nations report on accusation of child witchcraft says the practice is on the rise continent-wide. It is a shame to African elites thinking. If children are accused of witchcraft and either killed, banished, emotionally destroyed, or maimed in 2010, then African elites aren’t reasoning highly at all and have not demonstrated immense sophistication expected of elites to tackle their development challenges.

It is as if African elites do know their own environment and as a result are destroying themselves – hence the accusation of children as witches and the children’s eventual destruction.

You got to be unreasonable to kill children under such thinking. In the introduction to the "Age of Reason," Thomas Pain stated that "The most formidable weapon against errors of every kind is Reason. I have never used any other, and I trust I never shall." By errors Pain meant superstitions, erroneous and strange thinking, or any other values that are counter to genuine progress because of certain cultural beliefs that aren’t provable. Even in Pain’s time, as it is in Africa’s current time today, it isn’t easy attempting to dismantle centuries of erroneous thinking that emanates from the African culture, part of which is destroying children and violating their human rights.

In this sense, the "African Century of Reason," as a philosophical agenda, can rest assured from the fact that it took Ghana’s and Africa’s top soccer club, the Fabulous Kumasi Asante Kotoko, almost 75 years to clear its head and "ban" juju (another false cultural value many an African country) from its operations, haven’t spent millions of dollars over the years in dabbling in this enslaving spiritual craft.

While technology and democratic tenets, backed by higher research, may be knocking down old values and creating new ones Africa-wide, "accusations of child witchcraft spurred on by urbanization, poverty, conflict and fragmenting communities," as the UN Children’s Fund (UNICEF) argues, is "creating a "multi-crisis" for already vulnerable African children." This calls for 17th century European type enlightenment campaigns by African elites, fully enhanced by the power of mass communication and realistic youth policy designed from within African traditional values and institutions and the global experience.

In a continent where the youth formed over 60 to 70 per cent of the population such erroneous and strange beliefs, that results in the destruction of African children, cannot be understated if Africa is to progress. Africa’s future is at risk here and cannot advance with a generation stuck in deeply entrenched harmful superstitious believe. Already, the Nigerian writer Ken Wiwa has alerted Africa of the dangers of its "bulging youth." And add such dangerous traditional believe and Africa’s future looks grim.

Sometimes I get dazed by the strange attitude of African elites. How can children be accused of witchcraft and destroyed? Where did the children get the witchcraft from? Is it from their families, I mean the adults, the African environment, or what? And why should supposedly adults assume, albeit destructively, that their existential problems are caused by children who are alleged to be witches.

I am a confused man in this regard – both logically and materially. I find it difficult to rationalize about children being accused of witchcraft and being destroyed! When I read the UNICEF report, what run in my mind was the British writer J.K. Rowling’s Harry Porter universe, where virtually child witches play out the universe in their whims and caprices virtually free. In the view of some Biblical scholars, such as Richard Abanes, Harry Porter is "spiritually detrimental set of beliefs." The import here is that African elites have become trapped in some sort of Harry Porter universe and in their helplessness are destroying their own children and Africa’s future by accusing them as witches.

What are the implications for Africa’s future and progress? It looks scary and it makes the African elite autistic – intellectually unstable and at the mercy of evil forces that drive their thinking. Believe me; some of the adults who destroy the children for being witches may have BA, BSC, MD, MA, MBA and PHD. My reason is that in African belief systems witchcraft cut across male, female, class and educational level. A prominent Ghanaian politician once told me how he overheard a medical doctor at Ghana’s premier Korle Bu Teaching Hospital, in Accra, saying his patients are sick because of witchcraft activities in their families. It isn’t hard to relate this to the UNICEF report.

If children are accused of witchcraft, who accused them? It is the pitiable adults, mostly from the children’s families. If is the adults, then the adults are unenlightened and aren’t aware of the destruction they are causing the youth and Africa’s future. And why will the adults entertain such beliefs in 2010, despite blast from mass communication worldwide? It is certain parts of the African culture that has socialized the adults into such beliefs. For, the larger number of Africans, who are entangled in troubling superstitions, will tell you they aren’t responsible for their problems but external forces – demons, evil spirits, witches, spiritualists, Malams, juju-marabout mediums, etc. Such irresponsible believe have affected the African’s thinking (especially the elites) – when reasoning and rationality are thrown overboard.

It is in such disturbing and unsurprising atmosphere that the UNICEF reports states that "A wide spectrum of children are at risk, including orphans, street-children, albinos, those with physical disabilities or abnormalities such as autism, those with aggressive or solitary temperaments, children who are unusually gifted; those who were born prematurely or in unusual positions, and twins."

The indication from the UNICEF report reveals that there haven’t been holistic grasp of the African society, as a progress act, in regards to the impact of witchcraft and other such believes by Africa’s elites, as directors of progress. "No comprehensive study has been undertaken to indicate the extent of the phenomenon," says Joachim Theis, UNICEF’s child protection adviser in West Africa. That’s condemnation of African elites and the fact that African institutions (both traditional and modern) aren’t engineering change and free the African from unnecessary cultural burden that has entangled his or her progress.

Though the UNICEF report said today most witchcraft accusations are directed on boys, it is the same during the ancient times only that it’s spreading to other parts of society. For long, it has been targeted on old ladies, young women, and the weak in society. Boys or old women, economic hardship or dysfunctional families, urbanization or boom in spiritual churches, modernization or traditional, the fast spread of witchcraft believe is an affront on Africa’s intellectual growth – it reveals the low range of thinking in the African society despite modern tools to tackle such contemptibly destructive believe.

And such reprehensible African thinking is seen in the laws dealing with witchcraft. What on earth can a nation make laws banning witchcraft? It is because the nation believes in witchcraft. You have to believe in witchcraft to legislate to ban it. What is witchcraft? How did witchcraft come about? Sociologically, who constructed it? It is traditional Africa. How does one prove witchcraft? Nobody can prove it but points to societal problems – death, sickness, accidents, poverty, marriage breakdown, diseases, etc.

UNICEF says "rather than legislation to protect children, in Cameroon, the Central African Republic (CAR), Chad and Gabon practicing witchcraft is outlawed, leading, in CAR’s case, to a large number of child witchcraft cases being brought to the family courts. Many of the children end up in prison."

CAR’s situation may come from its very weak governance index, as the Ibrahim Index of African Governance points out. We can make witchcraft game here; the more democratic an African country is, such as Mauritius and Botswana, the less accusations of witchcraft; and the less democratic an African country is, such as CAR, Chad and Gabon, the more accusations of witchcraft. The resolving issues here is using democratic tenets such as the rule of law, sound leadership, constitutionality, human rights, freedoms, human rights and the quality of governance to tackle traditional irrationalities such as witchcraft, more so in taking on destroying innocent and vulnerable children accused of being witches.

What is all these irrationality nonsense? A law legalizing irrationality to the extent of children being accused of witchcraft ending up in prison? What kind of thinking is that? This is thinking from fickle-minded elites and adults! Why not laws against accusations of witchcraft against children? Where are the rights of the children? Where is Africa’s famed humanity? How can a law be made to violate the rights of Africa’s children? How can African children be responsible for Africa’s problems because they are alleged to be bewitching Africa?

The broader implications of the UNICEF report is that the chief obstacle to resolving the irrationalities against African children are the adults themselves, especially the elites. I say this as African elite who grew up in a traditional family (an Asante, Ghana), where witchcraft accusations were daily diet to the extent of creating conflicts, animosity, malice, mistrust and fights. This makes the struggle against children being accused of witchcraft and being destroyed complex and many-sided.

But like the European enlightenment of the 17th century, while reason and rational forces may help change attitude, the immense power of mass communication tools in 2010 are readily available to help fight the destruction of African children accused of being witches. This is part of the wake call of the blossoming African Century and its associated struggles, of which the African children accused of witchcraft are element of this Century of Reason.