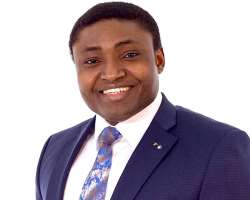 The attention of the Ohanaeze Ndigbo Worldwide has been drawn to a video broadcast circulating in the social media by one Mr. Simon Ekpa directing the people of the South East of Nigeria that “in preparation to stop election from taking place in Biafra-Land, there should be a chain of “sit at home on Friday December 9; Saturday December 10; Sunday, December 11; Monday December 12; and Wednesday December 14, 2022”. The instruction added that “Tuesday December 13, 2022 is set aside for market and all these are in preparation for the exit of Biafra from Nigeria”.

Ohanaeze Ndigbo laments the unruly behaviour among the Igbo youths. In their utopia, they think they are making both name and cheap money, while in the true sense, they are digging abysmal pits for themselves. Last week, a young boy that claims to the be the President of Ohanaeze Youth Council (OYC) directed "the Igbo youths to arm themselves" Our major concern is that all these unguarded, inflammatory, subversive and incendiary broadcasts by these later-day Biafran warriors in their delusions, constitute monumental problems for the Igbo in relation to the larger Nigeria.

Ohanaeze wonders how somebody that proclaims himself a leader will neither seek the opinion nor weigh the aspirations and political barometer of his people before going gaga. For purpose of clarifications, Col. Chukwuemeka Odumegwu Ojukwu, the then Military Governor of the Eastern Region made several consultations and finally summoned a meeting of almost all the important dignitaries in the Eastern Region, comprising the present Bayelsa, Rivers, Akwa Ibom, Cross River, Abia, Imo , Anambra, Enugu, Ebonyi States and the Anioma in Delta State. Based on preponderance of opinion and pressures from the most afflicted, on May 30, 1967, Col. Ojukwu declared the Eastern Region an independent sovereign state as the Republic of Biafra. The Republic of Biafra had Mr. N U Akpan as Secretary to the Government, General Philip Effiong as the Second in Command and Chief of General Staff; Col Joseph “Hannibal” Achuzia, among others. This led to a 30 month civil war that ended officially on January 15, 1970. Instructively, both the Beginning and the End of the War had both consultations and agreements.

There is no gainsaying that the concept of Biafra was a response to a question for the Eastern Nigeria “to be and not to be?” and that the spirit of Biafra has been sustained by a prevalence of orchestrated injustice, alienation and marginalization more specifically of the South East from the centres of power. Other sources of provocation include the daily menace by the emboldened Fulani Herdsmen across the South, lopsided federal resource allocations, job recruitments and other sensitive appointments, especially in the service chiefs, to the exclusion of the entire South East. These are sufficient reagents for combustion and restiveness among the youths of the South East. In an interview on Arise Television, Chief E K Clark lent credence to the Igbo condition when he condemned the unfair treatment meted to the South East through concentration of power to the northern region. Clark stressed that “the former military Head of State, General Yakubu Gowon should have allowed the Igbo to go, if they are to be treated as second-class citizens”. According to Clark, “Nigeria stood on three legs, and it has never been steady since one of the legs was destroyed during the civil war”. Even the current governor of Sokoto State, Aminu Waziri Tambuwal stated: “I feel sad and disturbed each time I see the Igbo crying for marginalization. The Federal Government of Nigeria has been unfair to the Igbo. In all socio-economic activities, it is like the Igbo are not part of the nation”. Tambuwal described “APC led Federal Government in the country as the worst; look at the security sector, Federal Executive Council and political appointments adding that it’s as if the Igbo are not part of the nation”.

The foregoing remarks are to justify the incessant agitations by the Igbo youths, however, it is as ridiculous as it is inconceivable that at a time the Nigerian youths and several elder statesmen such as Chief Olusegun Obasanjo, Chief E K Clarke, Chief Ayo Adebanjo, Dr.Bitrus Borgu among others have lent their unalloyed support to equity, justice, competence and track record of accomplishments, in supporting the most viable candidate for presidency for the 2023 general election, in the name of Mr. Peter Obi, some persons in foreign countries who are not properly schooled in the political history of Nigeria will go on air and begin to broadcast Biafra, thereby creating an absurd Sisyphean circus for the Igbo.

The President General of Ohanaeze Ndigbo Worldwide, Ambassador Prof. George Obiozor and indeed all the well-meaning sons and daughters of Igbo land, with all sense of responsibility, hereby call on the Regent of Umueziaka community, the home of Mr. Simon Ekpa; the Chairman of Ohaukwu Local Government, Hon Ikechukwu Odono; Member representing Ohaukwu South in the State Assembly, Hon. Chinedu Onah; Member for Ohaukwu and Ebonyi Federal Constituency, Hon. Chukwuma Nwazunku; the Senator for Ebonyi North, Sen. Dr. Sam Ominyi Egwu and the governor of Ebonyi State, Engr. Dave Umahi to rein in Mr. Simon Ekpa and compel him to desist from his unreflective youthful exuberance. They should remind Ekpa that the world has never recorded a freedom fighter that faces the barrel of the gun inwards.

Elementary logic questions the rationale for a young man to wake up and begin to suffocate the very people he claims to protect. When the Igbo are undergoing excruciating hardship arising from orchestrated injustice, a young man or rather a self-styled hero will be busy crippling the Igbo economy thereby adding salt to injury. Speaking at the Women Development Center, Awka, in March this year, the governor of Anambra State Professor Charles Soludo expressed unhappiness that Anambra, and indeed the whole of the South-East, were losing billions of naira in revenue as a result of the boycott of activities on Mondays. Soludo added that a lot of businesses are relocating outside Igbo land because of the Monday sit at home. It is intriguing that the mainstream IPOB led by Mazi Nnamdi Kanu, through Emma Powerful, has long distanced itself from the Monday sit at home, yet every Monday has remained sacrosanct in most parts of the South East. It is therefore both incomprehensible and irreconcilable for the likes of Mr. Simon Ekpa to contemplate more days for the sit at home or what he called “under lock and key” in the name of Biafra. We therefore pose a question to Mr Ekpa, as to whether he is a hero or a villain?