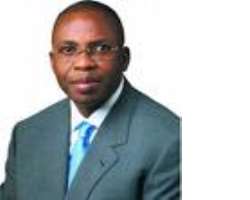 While loyalists of the People's  Democratic Party  (PDP) from across the South-East trouped out to welcome  Nigeria  's first lady, Mrs. Patience Jonathan to Imo state for the PDP women rally for the South-East zone, a different event was playing out at the Imo Job Centre.

As party acolytes were busy chanting party slogans at the Dan Anyiam Stadium , Owerri, angry youths who were part of the failed job trip to  Dubai  besieged the Imo Job Centre demanding refund of their money. Having waited from morning to mid-day for the Director of the Centre, Professor Obioma Iheduru to no avail, the youths in frustration shut down the  job centre  causing workers of the centre to flee their offices to avoid the fury of the job applicants.

When huhuonline.com / visited the centre, the environment was charged and tensed but the Director, Prof. Iheduru was no where in sight.

Huhuonline.com gathered that the youths were told that a cheque issued by the consultant (Hat Aviation) for the failed trip, for refund to the applicants was to mature yesterday, (Friday) and they thronged the centre in the hope of getting their refund or at least taking briefs from the Job centre.

Speaking to one of the youths, he said, 'This transaction has lingered far too long for comfort, making us wonder if they are really sincere with us. We have reported to all the relevant authorities and got no response whatever. Even the ICPC has not shown much signs of seriousness. We are angry because they are dilly-dallying about refunding us while we have learnt that they are refunding some of our colleagues secretly and selectively. This is one year now and we still have nothing to show for all our troubles.'

Forty of the youths had paid N460, 000 naira to the centre for job placements in Dubai , the United Arab Emirate but till date not one has secured a job yet. The last batch of the youths that returned, having exhausted their two-weeks visa to Dubai were said to have been stranded and held    in their hotel over unpaid expenses, which attracted the intervention of the Nigerian Consulate in Dubai.

Meanwhile, twenty other applicants who were unable to complete the N460,000 payment have been refunded their money leaving the forty who are yet uncertain as to the modalities for their refund.

The centre had however hinted that they were not responsible for a batch of 14 applicants that embarked on the trip after the centre cancelled the trip following the tales of Uchenna Onwukwe and Ugwunna Nwachukwu, the first two that landed in Dubai finding no job waiting, no accommodation, no work or resident permit as captured in the Memorandum of Understanding signed with the Imo Job Centre. Most of the youths that embarked on the futile job trip lamented that they had to sell plots of lands, wind up businesses, sell vehicles and even borrowed money at very abominable interest rates.

This was based on the assurances given to them by the Imo Job Centre that the job already secured for them in Dubai was going to pay them $1500 a month. Efforts to reach the Director of the Job Centre for comments proved abortive as he was incommunicado and no where in sight as the rampaging youths locked down the Job Centre.