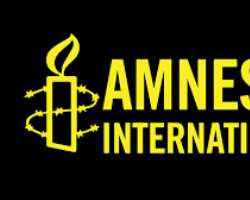 Ahead of the African Union Peace and Security Council (AUPSC) meeting on South Sudan on 30 November, Amnesty International and the South Sudanese Transitional Justice Working Group (TJWG) have called on the African Union to speed up the formation of the Hybrid Court for South Sudan (HCSS). The AUPSC must call on the African Union Commission to ensure an effective legal mechanism exists to investigate and prosecute serious human right violations and abuses in South Sudan including the deliberate killing of civilians, rape and other sexual violence, forced recruitment of child soldiers and displacement.

“The establishment of the court is a unique opportunity for the AU to demonstrate African leadership and to offer an African-led solution for the most serious crimes on the continent. It would demonstrate a real commitment to the organization’s principles and show that the AU stands with survivors and victims of crimes for which impunity cannot be tolerated,” said Muleya Mwananyanda Amnesty International’s Director for East and Southern Africa.

Amnesty International, and South Sudanese partner organizations in the Transitional Justice Working Group, released a briefing today urging the African Union Commission to establish the Court, which was part of a peace agreement signed by the government and opponents in August 2015, and again in September 2018.

“The formation of this Court should not have been delayed for so long. The AU must take long awaited and bold action. The failure to establish the Hybrid Court reflects a lack of political will in South Sudan’s government to hold those most responsible for serious crimes, which are likely to include senior political and military officials, to account,” said Muleya Mwananyanda.

Amnesty International and the Transitional Justice Working Group believe that the AU may and should unilaterally establish the Hybrid Court for South Sudan.

We are therefore recommending that the African Union Commission moves with speed and, in accordance with the peace agreements, finalise the statute of the Court. This should confirm its mandate to investigate and prosecute individuals suspected of crimes under international law and confirm its jurisdiction has supremacy over national courts. The statute should also guarantee the independence of the HCSS and confirm that the Court cannot be impeded or constrained by any statutes of limitations, or the granting of pardons, immunities or amnesties by South Sudanese authorities, or any other authority.

The accessibility of the HCSS for South Sudanese people and plans to ensure a lasting legacy of the HCSS in South Sudan must be explicitly ensured in the Court’s statute.

The AU Commission should also re-start discussions with potential host states, to identify the location of the seat of the court.

“Given the Government of South Sudan’s unwillingness to bring perpetrators to court and the absence of victim and witness protection mechanisms, Amnesty International and the Transitional Justice Working Group believe that the Hybrid Court should not be located in South Sudan for the time being. The Court must be located in another African state, but its statute should provide for the option to hold hearings in South Sudan or relocate the Court to South Sudan in the future as and when the situation on the ground becomes possible,” said James Ninrew, chair of the Transitional Justice Working Group.

Amnesty International and the TJWG recommend that the African Union Commission identify and recruit key staff who can start working remotely before the Court is fully established. They should include people in charge of investigations since collection and preservation of evidence is a priority.

BACKGROUND
The Hybrid Court for South Sudan is an AU-led hybrid court which will have the mandate to investigate and prosecute individuals bearing the responsibility for the serious crimes committed since 15 December 2013 in South Sudan – including the deliberate killing of civilians, rape and other sexual violence, forced recruitment of children, forced displacements, among other crimes.

The decision to establish the Hybrid Court was taken through the 2015 peace agreement signed by the Government of South Sudan and the Sudan People’s Liberation Movement/Army-In Opposition (SPLM/A-IO) and reiterated through the revitalized peace agreement (R-ARCSS) in September 2018.

At present, there is no other justice avenue available for South Sudanese victims of the conflict, the HCSS is the only hope.

Existing tribunals are not independent nor impartial enough and lack the necessary capacity to deal with most crimes on mass scale and for which people in power are likely to be suspected, as Amnesty International has previously documented, while the International Criminal Court (ICC) is not competent (South Sudan has not ratified the Rome Statute and the United Nations Security Council has not referred the situation to the ICC).