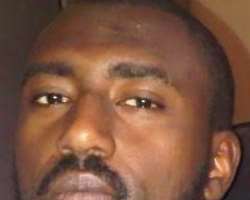 The growth of social media has succeeded in making the world a much smaller place but that hasn't at all meant a good thing through and through.An easy point of reference is the conventional media.Following a number of sensational victories at elections by opposition candidates that have enjoyed massive support from the online community in Africa,the foreign media has grown lazy and instead of analyzing forthcoming elections on the continent based on concrete on-ground reports,they are doing so based on online polls.It is imperative these lot stick to their figures on internet accessibility in Africa and let that serve as a basis why any online data should serve as a corroborative source and not an outright yardstick.It breaks my heart to see outlets like The Economist judge the chances of a candidate like Peter Obi of the Labour Party based on online polls.

2023 will teach a lot of lessons and those that stand to benefit most asides foreign media are the Obidients; the name coined by supporters of Peter Obi,the Labour Party's Presidential candidate to describe themselves.The passion with which they go about campaigning for their man is incredible but then it is shocking that quite a number of them not only think they stand a chance of winning the 2023 Presidential election,they deem themselves the number 1 contenders.It is commendable that a number of young people have become interested in governance but it is important they dig beyond what Google has to offer as far as Nigerian politics is concerned.There are 2 key players in a Presidential election.

THE REAL STRUCTURE
Members of the NASS are captured here but the main components are the Governors and their God fathers (if any) across the 36 states.They are in charge of the campaign for their states.In addition to the South West votes which the APC states availed Buhari in 2015,another reason why he won was the nPDP Governors that moved to the APC.Senators and Reps may prove instrumental but certainly not as much as the Governors.Anyone of them not in good terms with the Governor and lucky to still be in office goes the extra mile to work for the party's presidential candidate even unsolicitedly because it is his chance to not only gain potentially his biggest ally ever but to also impress the party heirachy at the top and prove his usefulness.So essentially,having the state party leaders handles everything.

THE FOOT SOLDIERS
Like Walter Annenberg so succinctly put it-"The Greatest Power is Political Power".There are a million and one politicians; big and small eager to maintain or create ties with the current person in power for their own good and these set of people serve as his/her link to the grassroot.These people are behind the scenes and run the actual campaign.Their supporters mobilize for rallies and facilitate financial inducement (a lot of Nigerians are hungry); which has proven very useful in voter accumulation.They also provide the muscle to fight dirty before or on election day.

Opposition parties that upturn the status quo don't just spring up overnight with sweet talk of what Nigeria ought to be,they usually have prominent politicians in their midst that have created a formidable presence in those states amidst a gradual or rapid movement to them from the second set of players especially.

Typically however, having the first set of players means having the second as well and even the most revolutionary election in our history; that of 2015 is down to the existence of the 2 aforementioned players.A new data puts the number of actual voters not active on the internet at 90%.Obi and his people may wax motivational about suffering teachers and tailors being the real structure but no matter how hard they run away from the truth,it is there to stare them right in the face.They stand absolutely no chance against the octopus reach of the APC and PDP.There is what Nigeria ought to be and there is what Nigeria actually is.2023 will teach lessons and i hope they learn.