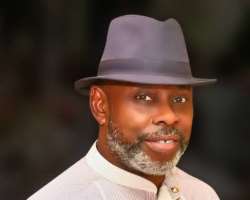 A Federal High Court in Uyo has dismissed the election that produced Akanimo Udofia as the candidate of the All Progressives Congress (APC) in the 2023 governorship poll in Akwa Ibom State.

Delivering the judgement on Monday, Justice Agatha Okeke ordered the APC to conduct a fresh governorship primary election within 14 days.

The Nigerian Voice understands that the case was brought before the court by a former senator, Ita Enang, who claimed that he was the validly elected candidate of the APC in Akwa Ibom.

The judge concurred with Mr Enang’s argument, and ruled that Udofia was not a member of the APC as he did not participate in all the stages of the process for electing a governorship candidate of the party.