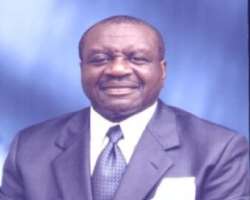 Déjà vu. That would be the only way to describe the bitterness and vitriol of one Barrister Kayode Ajulo in carpeting the EFCC for not imprisoning the former Governor of Akwa Ibom State, Obong Victor Attah, when the EFCC recently invited Attah to its office in connection with perhaps a petition from Kayode Ajulo himself or his client(s). The news was syndicated in at least three national Sunday newspapers of July 18, 2010 - Sunday Compass page 6 Sunday Sun page 11 and Sunday Tribune page 10. Ajulo signed himself as the chairman of a non-governmental organization, the Egalitarian Mission for Africa. His client(s) would be anything or anybody ranging from a political adversary of the former governor to indeed any one green with envy that the reputation of the former Governor remains not dented, excellent, intact, and commendable in spite of the unending mud of aspersions cast at him.

Such aspersions contained in petitions against the former governor were once taken seriously by the African Peer Review Mechanism (APRM) sometime in 2008 to their consternation and embarrassment when the falsity of the petition came to the fore. The APRM is a self assessment mechanism by African leadership peers of themselves and for Africa under the supervision of participating African governments. It was operated at the time, and perhaps is still operated under the watchful eyes of a long standing United Nations International bureaucrat, our very own Prof Adebayo Adedeji, among many other world leaders.

Like Kayode Ajulo, the APRM had come across the mass of petitions detailing economic crimes and corruption against Obong Victor Attah and promptly deployed them in their report without crosschecking the veracity thereof. But the process required that: The team's draft country review report is first discussed with the country. These discussions will be designed to ensure the accuracy of the information and to provide the government with an opportunity to react to the accuracy of the information of the Team's findings. In this, the APRM report was grossly foundering and lacking.

In the flurry of law suit, Press statements and protest by the former governor later, the APRM through its National Focal Point, Alhaji Babagana Kingibe, the then Secretary to the Government of the Federal Republic of Nigeria, issued the following unreserved apology to the former governor Victor Attah in letter with reference SGF. 50/S.3/C.2/V11/645 of 11th of Aug, 2008, "I wish to seize this opportunity to formally state that the Federal Government of Nigeria completely disassociates itself from the unfounded misrepresentations of Your Excellency's personality----. As I have severally told Your Excellency, you are one of our eminent citizens who has contributed immensely to the building of our Nation, Nigeria. We hold Your Excellency in very high esteem and would not contemplate undertaking any act that would be obnoxious to your personality, as well as devalue your immense contribution to the building of Nigeria or cause you to entertain regrets for your well known noble nation building track records."

In a statement dated 29th Aug, 2008 and titled RE: DEFAMATION BY APRM REPORT, the Federal Government itself apologized to Attah under the hand of Alhaji Babagana Kingibe in the following terms, "Further to my letter Ref. No. SGF.50/S.3/C.2/V11/645 of 11th Aug 2008 on the above mentioned subject, I am pleased to forward herewith a letter from the Continental Secretariat of the African Peer Review Mechanism, the authors of the CRR No.8, which contained the offensive references to Your Excellency. From the copy of the letter sent to me, I am encouraged to congratulate your successful principled fight to clear your name, a process which will be sealed when we give the required publicity to the letter of apology from the Secretariat. Once again, I thank you for the patience, maturity and patriotic understanding you showed while we sorted out this unfortunate matter".

To this effect, an apology letter addressed to Obong Victor Attah, Thro' Ambassador Babagana Kingibe as Secretary to the Government of the Federation and APRM National Focal Point Nigeria, from its Physical Address in Midrand, South Africa, dated Midrand, 21st August, 2008 and signed by Evelynne Change as its Coordinator for Nigeria Country Review Process, entitled "RE APOLOGY: AFRICAN PEER REVIEW MECHANISM (APRM) COUNTRY REVIEW REPORT ON NIGERIA", was widely advertised in a variety of Nigerian newspapers including the Daily Trust newspaper of Wednesday Sept 17th 2008. The Federal Government itself then negotiated an out of court settlement of the libel suit with the former governor Victor Attah.

It is this well worn path that Kayode Ajulo wants to travel again and perhaps drag in the EFCC, an agency of the Federal Government of Nigeria, which issued the statement respecting the issues in contention. That would be as beastly as it could come; a Neanderthal course that even a lawyer would not advise a client in a modern State like Nigeria with the full complement of the rule of law to travel.

We in the civil society advocacy group do not exist to counsel anarchy. The government of this country acknowledges His Excellency, Obong Victor Attah, as an elder statesman cherished by her, why must we denigrate even one of our institutions?

If truly Ajulo chairs a genuine civil society group, and has been truly called to bar, he must be prepared now to recalibrate his position or in the alternative risk the rubbishing of civil society and the legal profession. This, the two institutions cannot afford considering their indispensable services to our fatherland.