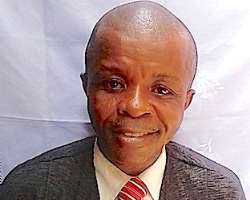 In addition to signaling the gory tale of poor leadership, neglect and outright abandonment of responsibility by the Edo state government, the pictures and accompanying commentaries diverted attention from real threat deserving of healthy and appropriate fear, Federal Government’s protracted inability to resolve their impasse with the Academic Staff Union of Universities (ASUU). It more than anything else the ugly awareness at the school sowed confusion that portrays the Edo state as a state where leadership has drained peoples will and now left with weakened rational character.

Expectedly also, many have risen in staunch defense of the Governor; saying that blame in the present circumstance may not be the smart thing do; for when verdict is passed on someone, it blocks the possibility of knowing who the person is and definitely creates biases, sentiments, prejudice, and also makes the mind become impervious and closed towards either seeing the good sides of the person or the bad sides of the person. To others, the Governor should in the interim be excused because when it comes to making decisions or pursuing purposeful initiatives, leaders naturally fall victim to the trap of unexpected limitations such as inadequate funds among others. To the rest, achieving sustainable development in a sector such as education is a systemic thing that takes time. Therefore, the Governor needs to be allowed more time to perform before subjecting his performance to critical scrutiny.

Whatever the true position may be, the truth is this piece's latest condemnation of Governor Obaseki’s poor leadership habit is both natural, neutral and perceptual.

The reason is simple. Experience via observation has shown that in Nigeria, particularly in the Niger Delta region, leaders are never mentally prepared for the task of leadership. They seem to forget that the more preparation, planning and activation of the execution process they make, the better they perform in the task of leadership.

Supporting the above assertion is the awareness that when one spends time to think about how we approach leadership in Nigeria, and asks important questions about how leaders in Nigeria sets their priorities, time and funds, it becomes easy to situate the fact that the hallmark of poor performance in Nigeria is not Obaseki specific.

Take as an illustration, a while ago, in a particular intervention, this author highlighted pictures of a similar shoddy state and wicked neglect of Oyoko Primary School, Abavo, Ika South Local Government Area of Delta state.

Like the Ologbo Primary and secondary schools situation, the referenced piece underlined disturbing pictures which showed visibly distressed structures with fallen ceilings, windows and doors. The piece concluded by concluding that from the pictures and accompanying commentaries, it cannot be characterized as an overstatement to describe such a ‘scene’ as deplorable, dehumanizing, troubling, in bad light bracingly in contravention of international best standard and most importantly, a reality that all well meaning deltans including our dear Governor should worry about.

Broadly speaking, there are so many reasons why this author is particularly interested in bringing to the fore these poor courses of action/ inaction chosen ahead of logic by public authority to address the nation’s education sector; their definition of the problem, the goals to be achieved, or the means chosen to address the problems and to achieve the goals.

By analyzing each of these elements in turn, it becomes easy to understand the essential ingredients that made great nations what they are today, as well as answer questions as to why others, such as Nigeria, are unsuccessful.

To explain this point, it is believed that policies, plans and strategies are fundamental to progress and development of countries, yet, right from independence, the problem with education in the country very much lies with underfunding, payment of lip service to, and inconsistency in policies driven by several panels set up by the government to recommend measures to enhance the quality of education in the country. This problem is not so much with the recommendations of the various panels but their poor implementation by those entrusted to do so.

If not bad policy and poor implementation, how do we explain governments’ inability to heed to the United Nations Educational Scientific, and Cultural Organisation (UNESCO) budgetary recommendation on education? What other expression shall we say of a country’s education where researches are not adequately funded and yet, the President allowed hundreds of millions to go into replacing his plates and cutlery yearly. And what shall we expect from an educational ministry headed by someone who is not an educationist? This may however not be the only explanation.

As to what should be done, we must recognize two realities.

First and very fundamental, that like in business where no organization can grow consistently faster than its ability to get enough of the right people to implement such growth. likewise, we must admit that with the education sectors’ present state, it will be difficult if not impossible to develop disruptive or constructive concepts that can shatter set patterns of thinking and provide solution to the nagging challenges in the country until policy makers consider education as bedrock of development; that with sound educational institutions, a country is as good as made -as the institutions will turn out all rounded manpower to continue with the development of a hyper-modern society driven by well thought out ideas, policies, programmes and projects. But such a tendency is clearly different here.

Secondly, policymakers must admit the fact that our children enjoy the right to education as recognized by a number of international conventions, including the International Covenant on Economic, Social and Cultural Rights which recognizes a compulsory primary education for all, an obligation to develop secondary education accessible to all, as well as progressive introduction of free higher education/obligation to develop equitable access to higher education.

The nation must stop playing ‘casino’ with funding of the sector , and in its place, come to the realization that it is our collective responsibility to ensure that our schools work and our children are properly educated at the right time and place..

As to closing the nation’s revolving underdevelopment door, there is an urgent need to rework the university system to meet the manpower demand by industrial sector as strategic consequence of this failure has made Nigerian universities and other tertiary institutions in the country continue to turn out, every year several thousands of graduates that the industry do not need. This is made worse by the fact that here is a nation where uncalculated importance is attached to the possession of university degrees as against possession of skills necessary for self reliance and national development.