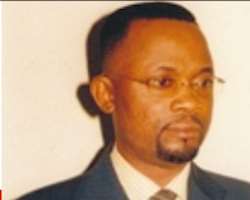 Yes, in these times of uncertainty and unrest-in an era of materialism when even the church has grown skeptical of the validity of supernatural for today, many are turning to the delusions of spiritism and spiritualism. Occultism and the black arts in general are experiencing phenomenal revival of interest, influencing more people today than ever. One leading university in America because of the great interest in the occult, few years ago offered among its courses of study one entitled, “Witch-craft, Magic and Sorcery”.

In some demonic organizations of today that are seen as Christian churches they make use of occult materials to advance wickedness in the name of God. Palmistry is also practiced in the name of God. False prophets are arising who give accurate predictions concerning historical events thereby deceiving many. Today we have many prophets that can see clearly with the help of satanic powers but cannot solve any problem. It is amazing that some prophets could call one’s telephone numbers correctly, give details of one’s history, some go to the extent of mentioning account numbers and telling you how much that is in the account. All these are done to make you trust and believe them. Seducing spirits speaking through false prophets and teaches are leading many astray.

Psychics and occultist who claim their gift is from God are deluding many including some professing Christians and ministers of God, top religious leaders who naively accept everything supernatural as divine, oblivious of the fact that Satan also can perform great signs and wonders have enslaved themselves.

The Bible is very clear in all these because Christ during his time met with many false teachers too. Even after his ascension the apostles met with many false teachers, masters, gurus and fake apostles too. But it is a natural law in the realm of the spirit and in the physical world as well that the strong must overcome the weak, the divine has always prevailed against the wicked forces of darkness.

There are people you may encounter in life without knowing that they are endowed with satanic powers to handle many cases. You may pass them and may ordinarily regard them as mere human beings without knowing that such people are ‘demons’ among men. There could be nothing in them to indicate their ability to harm or to ‘cure’ within the realms of the spirit world. This is so because they may not adore the garb of traditional healer.

There are so many witch doctors whose spiritual powers and modus appears to have transcended ‘time and space. Some of them are ‘wonderful kids’ in the art of magical healing. Some of them, their youthful look belies their magical supernatural powers. Many of them have done a lot of ‘psychic marvels’ that have given them great recognition in our society and in the realm of darkness.

I am aware of some activities going on in the world of man today. So many traditional doctors, witch doctors, occultists, and cultists are today operating their demonic healing homes, centres and sanctums as Christian churches. They are interested in initiating people into the black art by their false ways of solving their problems. There is a witch doctor that I know in the past that is now in the ministry without repentance or ultimate encounter with the lord of the universe. Thus he is in the ministry for two reasons, to get himself enriched with material things and to initiate people by giving them marks of destruction upon receiving any so called solution from him.

He is about the only person who heals all sorts of ailments with magic hat. I wish to inform you here that the devil has almost retired from making use of native and witch doctors what he does now is using those evil workers and centres, transforming them to appear as Christian churches. When you associate with such, you automatically become contaminated. This is happening from time to time. Agents of darkness are busy adoring themselves with garments of true men of God. For the fact you are putting on clerical attire does not mean you are divinely chosen by God. The same does not justify that you are a man of God.

The man that heals all manner of ailments by the magic hat is now a self acclaimed prophet of God in one “Witches and Wizard Ministry International”. What an error! Once a patient is brought to him, he consults the oracle in the church without the knowledge of the members. Consulting the oracle in this context could be by listening to the voice of his guiding spirit that works with his oracle and whatever the oracle through the spirit says, he will then proceed to cure the patient with water.

If the illness defies cure with the water, he then revert to the use of the magic hat. All he does is to adorn the hat on the hand of the patient and the illness is immediately cured. The cure that is effected by the use of the magic hat is a serious process of one handing himself over to the spirit of the air which coordinates the ‘healing’. The moment the spirit enters the person by an established contact via the hat, the patient in such healing home becomes a blind or garden initiate of the rulers of witches and wizards. Though the fellow has received “Cure” for his illness but the cure is a contact between him/her and the evil forces.

This agent of darkness has cured a lot of people with mental problems, helped barren women to have children, cured patients of asthma and tuberculosis, given false hope to those under any kind of attack. What he does is to use evil power to suppress for a while the one working in another person’s life. He has initiated many people into Satanism as a result of the above.

There is another aspect of esoteric manipulation that has to do with mystical mirror viewing. A friend once informed me of his experience somewhere in the Eastern part of Nigeria. According to him he journeyed into one village and got to undulated sub-hill to emerge into fairly large compound that houses the “omniscient” mirror with three imposing prominent effigies of a half naked damsel, an old man and woman possibly the wife and a molded cock. Before he arrived a full circle of men and women had already gathered and taken their seats in the auditorium awaiting the preliminary lectures and induction, before the commencement of the retrospective and prospective mirroring into the unknown.

This is usually done by men and women whose heads are full of trivialities because, often times they get lost gazing at nothing with that blank expression that betrays the troubled mind. It is only the troubled and distressed mind that seeks for spiritual invocation and independence through Necromancy, sorcery, para-psychology, demonic prophecy or through any of the demonic channels which are sources of enslavement. Indeed prospective mirror viewers are expected to be in a state of celibacy and flawless disposition of the mind; at least 24hours before the viewing time. This would expedite a very positive action towards achieving demonic oriented results.

What I am saying here is happening from time to time in different parts of the world and many victims are dying daily without knowing that they are responsible for what is happening to them. Mirror viewing to ascertain who is responsible for one thing or the other has destroyed many souls and is a channel through which the mighty evil forces can dominate, control and enslave one forever. Before you can be allowed to view any mystical mirror, you must receive instructions on the conditions before you are allowed in. some of the conditions includes removal of all ornamental objects from one’s body, shirts, belt and shoes as the case may be before consulting with the mirror.

The viewer is also instructed not to ignore or underrate its spiritual efficacy. In some cases you will not see any physical mirror rather you will find a lighted candle stick. Now the person will lit a candle and will practically instruct the viewer how it is viewed for better result. At this point, one is instructed to pay attention with profound concentration on the red tip of the candle with a doxological incantation consciously and continuously recited by the all-seeking viewer.

In some places, you may be flummoxed to note that the characteristic incantation of the spiritual “abracadabra” may not be recited in most cases. All you need to say while focusing on the candle light is “May I see what I have come to look for in Jesus name”. As you consciously recite this, with rapt concentration on the red tip of the candle, you will automatically see township scenery, a cluster of trees, or a horizon of empty space.

In the case of cluster of trees or any obstacle, the fellow repeats the incantation as he/she was taught and through the aid of some forces, you will burn off the obstacle and continue to move ahead. One may embark on this exercise by 8pm to 2am for a break of about 30minutes. Within this period some other spiritual aids had come to talk to the people in one way or the other. The helpless enquirers came with heterogeneous type of problems ranging from mirroring to know the cause of the death of a dear one, car theft recovery, the cause of one’s ill-luck and periscoping into what happens in the nearest future.

When the viewing becomes very difficult, the operators would urge the viewers to try harder with their faith in Jesus while, some were told to burn off whatever blocked their psychic space to grantee passage to the unknown. As one begins to look on the red tip of the candle, ones mystical eyes begins to open and the one will begin to see what he/she desires to see.

For those using mystical mirror, they will see who is responsible for whatever they seek. If one is seeking for who killed either his father or her mother, the moment your consciousness is exposed to the mirror, the evil forces will expose many things about your request. Indeed you will get to know who killed your mother or who is responsible for your failures in life. In the mystical mirror, you will ultimately meet with some higher spirits who will reveal what you desire to know and finally enslave you. They establish mystical contact with the viewer such that makes the viewer to experience lost of memory and begins to misbehave after viewing the mirror. Some have died through this process.