University Teachers' Strike: Why Nigerian Govt Is Not Perturbed 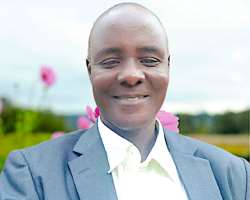 Now, let’s face it: there can only be one reason why the industrial action embarked upon by the teachers of Nigeria’s public universities since February 14 2022 has been allowed to waste a whole seven months of the academic pursuit of many youths, and, indeed, their very lives. Truth is, it is very difficult, if not impossible, to find the children of key members of the General Muhammadu Buhari regime in any Nigerian public university.

If the reverse was the case, every effort would certainly have been deftly deployed to avert the strike, or, at least, drastically shorten its duration.

And because the children of the ruling elite are far removed from the avoidable lingering crisis distorting and mortgaging the future of hapless Nigerian youths, the Neros at Nigeria’s seat of power are merely looking at the problem with cold, callous detachment.

The Academic Staff Union of Universities (ASUU) settled for the strike option after all peaceful engagements to persuade the federal government to implement an agreement it freely entered with the teachers since 2009 failed to yield any positive results. It is clear that what the Nigerian government finds attractive is the opportunity to be relieved of the responsibility to fund public universities.

If the government eventually achieves its desire, university education will be removed very far from the reach of the masses whose abject impoverishment the same government has since accomplished with its gross mismanagement of the economy and crude corruption. And what about the money that would accrue from such callous abdication? The fat cats in the corridors of power will now have more than enough billions to steal, squander and enroll their own children in Ivy League colleges in better governed lands.

Unfortunately, some naïve and misguided Nigerians are already blaming ASUU for the lingering crisis. Some are harping on the need for ASUU to exploit other revenue sources for funding the universities. While I agree with this suggestion, I do not see how, at this stage, it should translate to stripping the government of its responsibility to adequately fund quality education which they can easily achieve if the bloated cost of governance is deflated and boundless looting by public officers is halted.

For instance, the Accountant-General of the Buhari regime was recently accused of carting away the dizzying sum of 109 billion naira. Indeed, there may be some others in this government who may have stolen more than him, but because they are yet to step on powerful toes, no one is beaming any searchlight on their humongous accumulations.

Imagine the billions said to have been spent on the mysterious school feeding programme during the lockdown when school kids were at home with their parents or several other forms of squandermania reported regularly.

Every day, reports of crude oil theft to which Nigeria loses billions of dollars, are rudely thrown on our faces. But no one ever stops to ask: how is it possible for criminals to move in with gargantuan vessels like barges and ships to steal billions of dollars worth of our crude oil without the collaboration of public officials? Why is the government pretending to be helpless in the face of this heartless bleeding of the country’s resources? If only this organized banditry and other forms of leakages could be halted, a responsible government will have more than enough money to salvage our decaying universities.

Like I said in my opening sentence, education is criminally neglected in Nigeria because many public officers have since lost faith in the sector and buried any hope or plans of ever reviving it. They have instead settled for the easy and odious shortcut of accumulating whatever funds they could either earn or steal (or both) from the public treasury to send their children and wards abroad to receive quality education.

But the solution to this mindless prodigality is simple: the people of Nigeria must now demand with one strong voice that a law should be made prohibiting public officers from enrolling their children in foreign or local private institutions. Once such a law comes into place today, Nigerians will see how easily our public schools and colleges will receive amazing transformations.

Yes, if anyone wants to run for public office but is unwilling to withdraw his or her children from foreign or local private institutions, then the person should perish the thought! We don’t need his or her services!

Indeed, this should be the minimum requirement for aspirants to public office.

When Tony Blair was the British Prime Minister and his wife, Cherry, wanted to have a baby, she went to a public hospital. As a top-drawer lawyer, Mrs. Blair had enough personal funds to patronize the best health institutions in the United Kingdom or elsewhere. But she chose to stay in an open ward with the wives of “ordinary” Britons to reinforce faith in public hospitals during her husband’s tenure.

Also, when Nelson Mandela was sick, he was never treated outside South Africa. Yet, the Nigerian economy was once rated higher than that of South Africa.

If not that Nigeria is always stuck with wayward and profligate leaders who derive sickening animation from seeing their country perennially trapped in the pond of mediocrity, why should people from other nations not be patronizing our schools and hospitals by now and boosting our foreign earnings? Many years ago, I collaborated in a research work with a white American professor of economics and he proudly told me that while undertaking his master’s degree at the University of Ibadan, he lived in Kuti Hall. Can any American boy do that today? Can this professor today allow any of his grandchildren near that same Kuti Hall he spoke so glowingly about when he talked with me?

In 2008, I attended a conference at the Kwame Nkrumah University of Science of Technology, Kumasi, Ghana. While taking a walk with a friend one evening at about 11. pm, some white students strolled past, chatting and laughing happily as they also savoured the cool evening breeze.

Why is Nigeria no longer able to attract foreign students as the less-endowed Ghana is easily doing today?

Until we make it an impeachable offense for public officers to obtain their health and educational needs from better managed countries, not a finger will be lifted to ensure the reclamation of these very critical sectors in Nigeria.

Nigerians appear exasperatingly helpless in the face of abysmal misgovernance which seems to have become a norm in their country. This should not be. They must now determine to regain the power they have so naively relinquished to public officers and revive their ability to influence public policies for the good of all.

The legislature is a very strategic arm in a democracy and when its powers are judiciously and patriotically deployed, it can greatly uplift a country and its systems. But a misguided assembly can watch the country sink to the lowest depths and not lift a finger to compel the executive to arrest the decay.

Nigerians must hasten to remember that they possess the power to rouse their lawmakers to action by demonstrating clearly that they can activate their constitutional right to recall any lawmaker who chooses, for some selfish reasons, to passively watch the executive ride roughshod on the people. This is even more effective than denying them votes during elections because greater humiliation goes with a lawmaker’s recall.

How on earth can a people sit passively and watch the government preside over the deaths of their country’s critical sectors? Are public officers untouchable gods? What qualifies our largely unproductive lawmakers and government appointees to cart away millions of naira every month as salaries and allowances while lecturers training our children to secure the future of the country are so shabbily remunerated? Is it not very scandalous that these lawmakers watch indifferently while the foundation of the nation’s progress and development is being wickedly eroded by an irresponsible executive?

It is most disgusting when Nigerian lawmakers behave as if the mere thought of impeaching a president or governor is such a horrendous sacrilege that must never even be nursed in their heart for a minute!

Until Nigerians in different constituencies rise up and bring these lawmakers face-to-face with the stark reality of losing their own seats when they fail to act to compel the executive to do what is right, they will never sit up to do their jobs.

In other democracies, people take their phones and call their lawmakers to demand that they table and vigorously push for the resolution of certain problems in their constituencies during plenary. And these lawmakers would happily pursue such causes in order to be considered responsible and productive enough for reelection. How many Nigerians can reach their lawmakers today and urge them to take actions on the needs of their constituencies? How long will Nigerians be mired in this debilitating timidity?

Indeed, every Nigerian needs to be brought into this liberating awareness that by just volunteering his or her signature, the meal ticket of that flamboyant but irresponsible lawmaker can easily be withdrawn.

The media, rights groups and anyone reading this article should help to spread and entrench this awareness in Nigerians!

It is time to take back our country, save its sacred institutions and decide its future. The band of locusts dragging us down must be cut to size.

*Ugochukwu Ejinkeonye is a Journalist and Author of the Book, “Nigeria: Why Looting May Not Stop”([email protected])