Cyberlanguage: The Bounties And The Boundaries 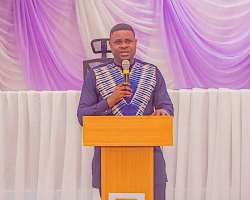 Cyberlanguage is the language used on the Internet or in cyberspace. This recently popular language form is also called Internet slang, Internet shorthand, cyber-slang, netspeak, digispeak or chatspeak, among other labels. Everyone with social media presence is likely going to consciously or unconsciously deploy these slangy words or expressions occasionally. Cyberlanguage is a linguistic reality that has come to stay and to frown on it is to live in myopia. Using Lord Lugard's expression, cyberlanguage can be described as "a child of necessity”. Notwithstanding its dominance in contemporary casual discourse, cyberlanguage has got its pros and cons which this piece will address.

Scholars such as Brown and Yule (1981) have mentioned the transactional and interactional functions of language. At the interactional level, language is used to create relationship and establish mutual co-existence. Language use at the interactional level permits slangy expressions and informal constructions. For instance, while it is grammatical to say "it was I”, it is permissible within informal contexts to say "it was me”. Cyberlanguage essentially serves as discourse markers in casual interactions. Discourse markers have been explained as expressions which relate discourse segments. Schiffrin (1987:31) define discourse markers as "sequentially dependent elements that bracket units of talk”. In line with that, Bamgbose and Lawal (2021:20) submit that discourse markers are “some kind of gear with which conversations are modulated”. Popular and universally known discourse markers are "oh" and "ah”. In recent times, cyber slang serve as discourse markers. Some of these cyber slang are abbreviations such lol (laugh out loud), lmao (laugh ma ass out), loml (love of my life), wtf (what the fuck) and many more. Cyberlanguage could also be expressions or catchy phrases such as "God when," "God abeg," "Opor (it's plenty)" and many more which are used to grease interactions. Also, cyberlanguage serves a purpose in written communication. As obtained on Wikipedia, such terms often originate with the purpose of saving keystrokes or to compensate for small character limits. This has resulted in the representation of "with" as "wt", "because" as "bcuz", and other countless examples that are popularly in use.

Within the bounties of cyberlanguage lies its abuses or unprotected boundaries. This leads me to the second major function of language which is the use of language for transactional purposes. The transactional function of language is interested in the use of language to exchange ideas and share information. When language is primarily used to transact, it is important to be mindful of communicative etiquette and standard social practices. Sadly, at such times, the predominantly and widely used cyberlanguage words/expressions surface in the spoken and written language of people, mostly the young ones. For instance, a student with whom I shared no closeness whatsoever once approached me and said "Sir, I was in your dm last week but you didn't reply”. This is a completely wrong manner for any student to approach a lecturer. DM is a slangy abbreviation for direct message and it is used, mainly, to talk about private social media chat. Even if the reality of the present time warrants virtual student-lecturer interaction, the choice of the expression "I was in your DM sir" is one that is devoid of language etiquette in student-teacher formal discourse. While it was evident that the young student meant no rudeness, the situation was a clear example of the effect of cyberlanguage on formal discourse. The student could have simply said "I sent you a message last week but I didn't get a response".

There have also been instances of students spontaneously using expressions such as "opoor", "God abeg o" "wahala o", "Sir, are you ‘whyning’ me?" during interactions with lecturers and sometimes with others such as parents and bosses with whom such language should not be randomly used.

Just as users of different dialects can sometimes shift from one to another as appropriate, it is important for people to also know the boundaries of cyberlanguage. It is the case that some students even write in shorthand during academic writings either due to sheer ignorance or addiction to cyberlanguage. I conclude this piece by arguing that cyberlanguage is not to be condemned as it serves essential purposes in recent times. It is, however, important that users of this kind of language are not lost in its bounties but are equally mindful of its boundaries.