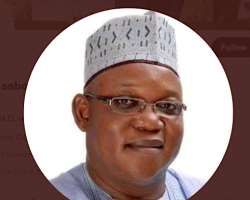 The All Progressive Congress governorship primary election in Taraba State has been nullified by a Federal High Court sitting in Jalingo, the state capital.

The Nigerian Voice recalls that the nullified primary had produced Emmanuel Bwacha as the candidate of the party for the 2023 election.

Meanwhile, an aggrieved aspirant, David Kente, dragged the party and its candidate to court over the recognition of Bwacha as candidate of the party.

In his ruling on Tuesday, the presiding Judge, Justice Simon Amobeda, directed that a fresh governorship primary election be conducted within 14 days.

He also ordered Bwacha to desist from parading himself as the governorship flag- bearer of the APC forthwith.