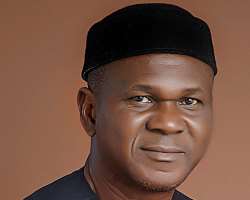 The Court of appeal in Abuja has in a recent rulling restored the mandate of Tochukwu Okorie as Ebonyi Peoples Democratic Party (PDP) chairman.

Following the rulling, Tochukwu Okorie hailed the judgment of the Court of Appeal that restored him as the substantive chairman of the party in Ebonyi State.

The Court of Appeal, Abuja Division nullified and set aside the judgement of the FHC of April 13, 2022, which installed Mr. Silas Onu as Chairman of PDP, Ebonyi chapter and restored Okorie as substantive Chairman of the party in the state.

In a unanimous decision, the three-man panel of Justices held that the trial court erred when it assumed jurisdiction to hear the matter being an internal affair of the party which is not justiceable.

In his reaction to the ruling, Okorie in a statement described the judgement as victory for all and congratulated the members of the Party, stakeholders and entire Ebonyians for the victory

The statement reads: “Yesterday, August 15, 2022 the Appeal Court sitting in Abuja summarily restored the mandate freely given to me by the members of our great party, the Peoples Democratic Party (PDP) as the substantive Chairman of the party in Ebonyi State.

“I congratulate all our teeming members, unrelenting supporters, leaders, stakeholders and the entire Ndi-Ebonyi on this momentous victory”.

“This victory is indeed our victory and I am humbled by the outpouring of love, solidarity and goodwill that have been showered on me, and most especially the way our members have tenaciously stood by me and the party throughout this period”.