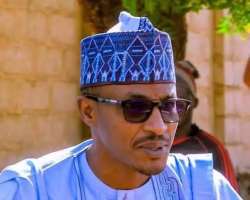 Hon. Fatuhu Muhammadu, a nephew to President Muhammadu Buhari, has decleared her discontinuation as a member of the ruling All Progressive Congress.

Fatuhu is the son of President Buhari’s elder sister representing Daura/Mai’Adua/Sandamu Federal Constituency of Katsina State in the House of Representatives.

Her renouncement was contained in a letter released by her legislative aid, Ahmad Ganga dated July 13, 2022. This letter was however shared on his social media nearly after a month it was written.

He had failed to secure his reelection ticket In the primary election. In the primary, Fatuhu polled only 30 votes while his rival, Aminu Jamo, polled 117 votes.

In a letter to the ward Chairman of Sarakin Yera A Ward in Daura, Fatuhu renounced the party, APC which was to take effect from 13th of July and thanked the party for giving him its platform to serve the interest of the people. The letter read

“This is to notify you that I have resigned my membership from the All Progressive Congress (APC) with immediate effect commencing from Wednesday 13th day of July, 2022.”

“Attached here with is my party membership registration slip with slip no: KT/DRA/10/00002. While I thank you and the party for the opportunity given to me to serve the interest of the people of Daura/Sandamu/Maiadua federal constituency while working with the party, accept my best wishes please.”