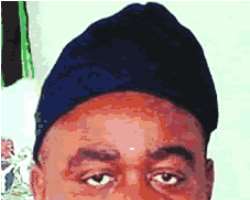 The growing spate of skirmishes between state Governors and their deputies across the country has elicited negative reactions from the public, as reflected in the news media.

In fact, one of the national dailies in its editorial depicted the plight of deputy governors as worrisome and capable of undermining the nation's fledgling democracy. Some of the states, past and present, where governors have been embroiled in power tussle with their deputies include Abia, Akwa Ibom, Oyo, Bayelsa, Bauchi and Gombe.

In the worst case scenarios, like in Bayelsa State, the deputy governors end up being impeached or forced to resign. In Lagos State under Governor Bola Tinubu, the state witnessed the unprecedented forced removal from office of two deputy governors.

The endless instances of shadow boxing and cat-and-mouse relationship between Governors and their deputies serve as fitting preamble to a different kind of scenario that has emerged in Benue state where the relationship between the younger governor Gabriel Suswam and his older deputy Chief Steven Lawani has served the state very well and indeed a model of how governors and their deputies should work in one accord for good governance.

Indeed, when Chief Lawani was picked as the running mate to Rt. Hon. Gabriel Suswam, the People's Democratic Party (PDP) gubernatorial candidate for the 2007 general election in the state, there were palpable mixed feelings of anxiety across the state. To some, from the dominant Tiv axis, Chief Lawani, himself a former gubernatorial aspirant himself, an experienced and savvy political tactician could simply take full advantage of age and experience to re -configure and even re- calibrate the ensuing power dynamics in the state.

But to some Idoma political leaders, at the far end of the Benue political spectrum, the position of deputy governorship simply fell short of their expectation. They felt that their highly revered political leader deserved much more. They would rather see him settle for the role of king maker within the larger gamut of Idoma politics. However, in a matter of time, it was to dawn on all that, whoever came up with the idea of Suswam/Lawani joint ticket, had indeed provided the masterstroke that would propel Benue state on the trajectory of political stability and rapid development.

Today, three years down the line, these loosely-held perceptions across the Tiv/Idoma political divide have tumbled on their heads. Thanks to the hugely successful and profoundly exemplary role of the Deputy Governor, Chief Steven Obekpa Lawani, as a stabilizing factor in Benue politics so far. That Chief Lawani, the soft spoken, holder of the Idoma traditional chieftaincy title, the Ochagwu, has conducted his official responsibilities with decorum, grace, humility and sincerity of purpose did not come as a surprise to many.

As former Deputy National Chairman of the defunct National Republican Convention, NRC; a successful Real estate magnate, and chairman of various banks and organizations, Chief Lawani knew that the task of deputizing for a political helmsman required a huge elements of political balancing skills, brinkmanship and a spirit of uncommon loyalty that are usually lacking in the relationship between some of the Governors and their deputies across the land and hence the occasional needless tension between state governors and their deputies.

The case of the relationship between Governor Gabriel Suswam of Benue State and his deputy, Chief Steven Lawani, is refreshing. The sheer energy which drives the engine of mutual understanding and co- operation between the two leaders is clearly visible before the public eye. Governor Suswam consults with his deputy on any contentious political matter. His deputy is always on hand to provide solutions from years of experience, expertise and wisdom. More often than not, the Deputy Governor represents the Governor at official functions within and outside the state, while the governor attends to state matters and deluge of official correspondences in his office. Sometimes the governor relieves himself of the pressure of attending to every courtesy call by assigning his deputy to attend to some.

For every delegated responsibility or assignment the deputy governor reports back to his boss with the diligence and thoroughness it deserves. Whenever the governor travels out of the state, Chief Lawani takes absolute charge and ensures that the ship of state is on course. And, of course, the Deputy Governor keeps his boss abreast of all important developments on the home front.

The last time Governor Suswam proceeded on one month leave, Chief Lawani acted as governor and conducted the affairs of state in manner that commended him to the governor on his return. At the end of his leave, Governor Suswam, at a public function, poured effusive accolades on his deputy, describing him as 'a great leader and a worthy deputy'. He told a gathering of party leaders and supporters at the Aminu Isa Katangora theatre complex, Makurdi, that while he was away, Chief Lawani gave a very good account of himself. He said the successful outing had further confirmed and strengthened the abiding confidence he had always reposed in the deputy Governor. In emotion- laden words, Governor Suswam asked the people of Benue State to 'thank the Deputy Governor' for him.

As the second in command in Benue state, Chief Lawani has played very crucial roles in resolving contentious political crises in the state. Whenever there is a knotty political situation bothering on political appointments, local government matters, communal clashes, security threats, and political skirmishes, Chief Lawani is always in the eye of the storm bringing his deep wealth of experience to bear on the conflict resolution process. It will be completely misleading to assume that Governor Suswam and Chief Lawani agree on everything black and white. Like all other living mortals, they may have their differences. They may disagree on some key state matters. But, it is the amicable manner in which they manage their differences that is important.

Experts in conflict resolution at workplaces agree that working for public good requires uncommon spirit of team work, accommodation, compromise and tact as necessary components of achieving common objectives. Anything short of that may well spell political disaster for the people. Indeed, political watchers in the state agree that the relative political stability being enjoined in the state is attributable, to a large extent, to the cordial working relationship between Governor Suswam and his deputy, Chief Steven Lawani. Indeed, at no time in the life of the present Suswam/Lawani administration have the Benue people have had to be fed with the usual ugly spectacle of open or covert confrontation between the younger governor and his older deputy. This is the crux of this discourse and indeed a big lesson in study for political leaders holding public positions in trust for the people of Nigeria both at the federal, state and local government levels.

The case of Suswam/Lawani political understanding and co-operation should serve as a veritable point of reference or a refreshing model for leaders who are really prepared to provide effective and sincere political leadership at all levels of governance where virtues of team work, collective sense of purpose and spirit of give and take should normally hold sway in the interest of the people that elected them to office.