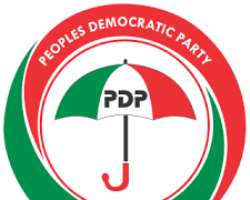 However, Tinubu and Obi nominated Shettima and Baba-Ahmed respectively following the withdrawal of Masari and Okupe in the race.

Meanwhile, the PDP is asking the court to declare that Tinubu and Obi be disqualified unless they contest alongside their previous running mates – Kabiru Masari and Doyin Okupe respectively.

In the suit numbered FHC/ABJ/CS/1016/2022, the PDP is seeking an order barring the Independent National Electoral Commission from replacing the running mates of Tinubu and Obi.

Those listed as first to seventh respondents in the case are INEC, APC, Tinubu, Masari, Labour Party, Obi and Okupe.

However, the PDP is seeking the court to determine if by the combined interpretation of Section 142(1) of the constitution, Section 29(1), 31 and 33 of the Electoral Act 2022, and INEC’s timetable, Tinubu and Obi are bound by the submission of Masari and Okupe respectively as their running mates.

The party also asked the court to determine if “by the combined interpretation of Section 142(1) of the Constitution of the Federal Republic of Nigeria, Sections 29(1), 31, 33 of the Electoral Act 2022, the first defendant (INEC) can validly accept any change or substitution of the 4th (Masari) and 7th (Okupe) defendants as running mates of the 3rd (APC) and 6th (Labour Party) defendants.”

The PDP is also seeking five reliefs including a declaration that by the combined interpretation of Section 142(1) of the constitution, Section 29(1), 31 and 33 of the Electoral Act 2022 and INEC’s timetable, both Tinubu and Obi must be bound by their submission.

The party asked the court to rule that both Tinubu and Obi will be disqualified when they substitute the names of their running mates.