“i Am Ready To Marry And Be A Submissive Wife -- BBNaija Housemate, Bisola Reiterates* 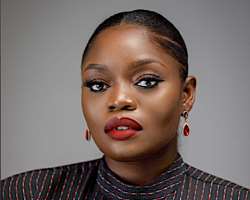 She revealed this after serving as a guest in a show, 'Bounce' hosted by Ebuka Obi-Uchendu.

The most recent episodes saw about 8 ex-Big Brother Naija housemates, including Mercy and Tacha from the Pepper Dem season, have a sit-down with Ebuka Obi-Uchendu, where they discussed several topical issues.

Bisola has featured in some box office cinema movies and music videos. Recall that she featured in Falz 'celebrity girlfriend' video. She has an 11-year-old daughter, Joan Olanrewaju.