There Is A Cause For Alarm 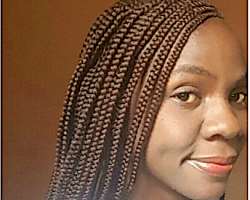 Democracy is about to take its course once again as there is a hullabaloo of electoral processes in every nook and corner of our dear country Nigeria. Statistics shows that the current population of Nigeria is 215,581,415 as of Tuesday, May 10, 2022 based on Worldometer elaboration of the latest United Nations Data. Research has shown that the poverty headcount rate is projected to jump from 40.1 percent in 2018/19 to 42.0 percent in 2020 and 42.6 in 2022, implying that the number of poor people was 89.0 million in 2020 and would be 95.1 million in 2022. The question a reasonable thinker will ask is what should we expect in the nearest future as it implies that the rich get richer while the poor do not only get poorer but also increase in number!

Where are we headed as a nation? It is only during the election period one sees our leaders awakening to their responsibilities in order to solicit for the people’s votes. That is the time they become friendly and get closer to the ruled. They sell petrol, lay blocks, change lives, reconstruct roads and build bridges that are long due for reconstruction. If only our leaders can take a stroll out early in the morning in order to see people both young and old, male and female, even very little children who sleep on cold bare floors, blocks and under the bridges, probably they will put in more effort in meeting the people’s needs because these are some of the poor Nigerians who need help and care, who look up to their country’s government for hope but what do they get in return? Sheer hopelessness!

Presidential form costs 100million naira, there is no need to mention how many people paid and obtained the forms but there is a need to say that those who obtained it are not just Nigerians but Nigerian politicians who the people once voted in with the belief that they will alleviate their problem but could not, yet come back to solicit for the people’s support for a second chance.

These are the people whose government cannot provide the people with the needed free Education, quality and affordable healthcare and other necessary social amenities when they are in dire need of such because that is when their states are usually underfunded and this makes one wonder where they are getting the millions to buy the automatic ticket

with which they loot the public funds with but it is quite unfortunate that majority of Nigerians only picture it as a mere game that is meant to entertain them and choose to be myopic about the effects on the people.

Gone are the days of good and credible journalism when people confided in and depended on the great journalists of those days who represented nothing but the truth, who did not give vain glory to the corrupt politicians, who fought only for the people’s rights and freedom through their works. Unfortunately, quality journalism has been replaced with belly seeking, money pocketing and attention seeking. People who should serve as the people’s freedom fighters have turned to the politician’s watchdogs, guiding their paths, getting their names cleared from their self-inflicted mud all because of what they will eat. Little wonder the country is a rut.

Can we take a trip down the Education lane? Research shows that of the 262 million out of school children in the world, a majority of them totaling 13.2 million are in Nigeria. These are children who either never enrolled or did not complete primary school education. According to the demographic Health survey(DHS) jointly conducted by the United

Nations International Children’s Fund (UNICEF) in collaboration with agencies of the Nigerian government in 2015, the number increased from 10million to its current figure as a result of various insecurity challenges in the country.

What about tertiary Education in the country? Statistics shows that the total number of days spent on strike, excluding the current 30days strike in 5years is 395. Thus, out of 1825 days in the five years under review (the five years excludes 2022), 395 days have been spent on strike, more days than a full calendar year and representing one out of every four days. Who are the ones at the receiving end of these strike actions? Majority of these leaders either have their children

registered in private schools or send them abroad to study in conducive atmospheres where their time, energy and resources will not be wasted. They do these with the public funds yet, the children of the masses are left alone to deal with the fate of being stranded in the country they failed to develop. Courses which are supposed to last for 4 or 5 years get extended to 6 or7 years, even at times 8years or more, thanks to strike actions that render our leaders incapable.

Going forward, students who eventually graduate and are successful at serving their motherland, who are fortunate enough not to get murdered in the land still end up jobless. What does the government of nowadays offer as a solution? Loans for businesses and Agriculture which can never pave the way for them to practice what they studied at school and one wonders what the essence of getting educated is because we were originally farmers before the advent of democracy and things were better in respect to security and the people’s way of living.

Whoever says there is no cause for alarm should wait until these politicians’ children start coming back home to take their fathers’ positions, thinking it is a generational seat because even the youths no longer have hope in the country as their mind have been shifted towards less profitable and depraving things such as ritual killing in order to make money, fraud, prostitution, drugs and suchlike. As rightly said by Malcolm X, “Education is the passport to the future, for tomorrow belongs to those who prepare for it today” is there a need to ask who the holders of the passport these days are? They keep preparing their children for the future at the expense of the masses’.

It is not news that these politicians usually forget the masses who vote for them after elections, leaving them in their pathetic state until another election period so that they can easily manipulate them. Majority of the poor individuals now look forward to election periods because of the little amount of money they will be able to acquire from their political parties and through bribes not bearing in mind that they have exchanged their future and that of their children with little amount of money for another 4 years because they only care about their immediate needs regardless of what the future holds.

How else should one describe the problems which usually arise due to the differences in the people’s languages, cultures, tribes and religions that lead to loss of lives and properties every now and then if not a cause for alarm? Since the masses are always at the receiving end, our so-called leaders are bereft of a lasting solution. They therefore choose to keep quiet and watch the people suffer for their incompetence, yet during election campaigns, they preach and advocate unity!

If our leaders can be closer to the people, meet on daily basis with the religious and tribal leaders in order to discuss issues which relate to their differences and look for a way to solve it, walk also in the masses’ shoes in order to feel their pains, then, they will be able to easily and promptly attend to the people’s needs. Although Rome was not built in a day, taking a bold step to alleviate the people’s suffering and making the government a credible and accountable one will go a long way. Let there be no discrimination in matters pertaining to tribe and Religion, treat the youths and the children as the future of this nation and make their rights to Education a priority. Unless these are done, there is undoubtedly a great cause for alarm.