Of Toxic Followers, Non-Performing Leaders And Our Nation! 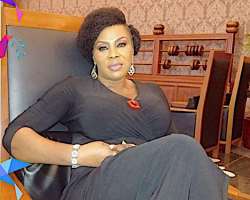 There is no denying the fact that one of the seeming intractable challenges many people face in life is to see themselves as they really are and then to assess where they are in life. Rather than taking honest stock of their existing position, they would rather point out faults in those around them. Perhaps, they have confidence in doing so, provides temporary cover for their somewhat long list of foibles. Yet in doing so, they are in danger of making theirselves come across as those Jesus scolded in Luke 6:41-42 that they take delight in seeing other people’s faults without bothering to see their own. He exegetically illustrated his message with the guy that attempts to take the speck out of his neighbor’s eye instead of renting a log-splitter and dealing with the overgrown forest of trees in his own sinful life.

Relating the foregoing situation to prevailing political status quo in Nigeria, this is a struggle which most political supporters virtually know well, particularly when seen from the prism of the fact that most of them, by each passing day resort to searching for the specks in the eyes of perceived political opponents, and anyone that speaks against the party they are affiliated to, while they advertently or inadvertently forget to remove the logs in their own eyes so as to be in better position to clearly see the specks that are in the eyes of their paymasters. The foregoing scenario, no doubt has made it so difficult for those affiliated to a party that is not in any way doing in terms of good governance to continue drumming for support even when it is very obvious that political leaders affiliated to their party are collectively running the government at a speed that can figuratively be said to be One-Step-Forward-Two-Step-Backward to the detriment of the people.

Plainly put, it suffices to say that good leaders are supported by good followers, and vice versa. After all, Douglas MacArthur once said, “A general is just as good or just as bad as the troops under his command make him.” Almost as he made that remark, virtually all bad, or rather non-performing politicians in Nigeria are proving the point as their supporters more often than not go the whole hog to defend them; even if it means insulting people and stepping on toes. Do they need to be blamed? Has it not been said that he who pays the piper calls the tune? Embarrassingly, some dyed-in-the-wood political supporters go as far as insulting clergymen held in high esteem, and even insulting highly revered monarchs, and by that desecrating the stool which such monarchs sits on.

But what happens when there is a collective failure of followers in the face of people going hungry, and dying instalmentally while some toxic supporters still keep on beating the drums of support? We are, in fact, living in that failure of followership, right now, in this very moment, particularly as 2023 General Election beckons.

Nowhere is the responsibility of followership more acutely felt than when political supporters of non-performing politicians that are co-affiliates with them mischievously ignore the stark realities of hardships which majority of Nigerians are groaning under. Could it be that some supporters or followers deliberately refused to appreciate the fact that there is hunger and misery in the land just because they are benefiting from it? The foregoing question can be answered with an African proverb that says “The most important prayer to a gun merchant is for the war to continue raging”. It is therefore not surprising that at each passing political dispensation toxic followers strategically position bad leaders for critical leadership positions; even if such leaders ruin the country as long their own lots are bettered. To me, that is the height of narcissism. Against the foregoing backdrop, it suffices to say that toxic followers do this evil to their fellow citizens and to the country merely because of what they stand to gain.

Due to the foregoing behavior which followers are wont to display, the political landscape today is been bestrode by many a political mediocre that have nothing to offer towards the development of Nigeria, other than to milk it dry the more.

For instance, as Nigerians look forward to the general elections come 2023, some followers that are majorly on virtual space, that is the internet space, particularly on social media platforms have started exhibiting bouts of hate speeches against their perceived political opponents on behalf of their pay masters. Some just voluntarily engage in such campaign of calumny all because of what they stand to gain from the politician they are fighting for, or in anticipation of political appointments.

In fact. since politicians began to make declarations of their intention to run for various electoral positions at the general elections come 2023, they and their supporters have started using acerbic words, half-truths and outright lies to dent to the image of their challengers, and anyone they perceive to be a threat, and the battlefield has remained on social media platforms.

The reason for the foregoing cannot be farfetched as in this part of the world, election is regarded as a 'do-or-die' affair. There is no denying the fact that their activities are becoming alarming and explosive so much that not few people are pessimistic of seeing a peaceful transition of power.

Given the motley of aspirants that have indicated their interests to run for elective positions come 2023, Nigerians have started experiencing a season of acerbic comments, issuance of quit notices and resort to ethnic hatred by dyed-in-the-wool jingoists among politicians and their allies. These activities are no doubt heating up the polity and have to some extent been causing panic among the citizens of the country. Worst of all they have set the country on a retrogressive development.

At this juncture, it is expedient for us to pause and ponder if we should continue to play this retrogressive politics, which has made us to continue seeing specks in the eyes of political leaders, while virtually all toxic followers have logs, if not planks, in their eyes. In fact, it would be a healthy exercise to assess our nation’s health as we would any organization. Let’s get started!

Regardless of your political affiliation there is a singular truth; our society has a bad habit of placing blame on a leader, without even thinking of followers. At each passing political dispensation, these toxic followers package bad leaders, put them in government and make Nigerians to suffer for four years or eight years; when second term becomes possible. On and on it goes, since 1999, like a vicious cycle.