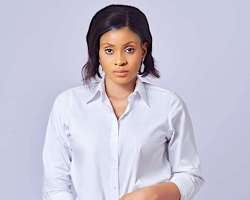 A female Youth corper, Stephanie Se-ember Terungwa, who was declared missing on April 14th in Abuja, has been found dead with some body parts allegedly missing. It's being rumoured that the remains was found in the highbrow area of Maitama in Abuja.

Stephanie was a graduate of Microbiology from Federal University of Agriculture Makurdi and was currently serving in Abuja before she went missing on 14th of April after she left home fully dressed in her NYSC uniform.

A statement released on theTwitter handle of the National Youth Service Corps says Stephanie’s body was found on Wednesday April 27, still dressed in her NYSC uniform, almost two weeks after she disappeared in the Logogoma area of the capital.

Below is the poster where she was declared missing: