Woman Stripped Naked In Anambra: Who Was So Self-righteous To Cast The First Stone? 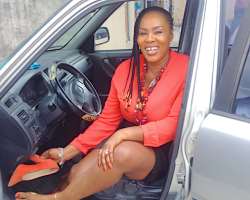 When the Anambra State Police Command in March, 2019, paraded three suspects over the viral video of a woman who was stripped naked and was beaten severally, not few Nigerians, particularly “Ndi Anambra” might had thought that such off-limits behaviors exhibited by those that resorted to jungle justice would be replicated in any part of the State.

It would be recalled while parading the suspects at the time, the then Commissioner of Police, Mr Rabiu Ladodo said the Police command in the state was restrategizing on how to maintain a crime free status in the State.

For the sake of clarity, a short viral video of a woman stripped naked and beaten by a mob a week before the police stepped in trended all over the social media, consequently, the victim reported to the Police which led to the arrests of the three suspects.

As gathered, the Victim, whose name was withheld, was invited by Mr. Ifeanyi Azotani, forty year old artisan, from Ifitedunu, Dunukofia Local Government Area to his house at Amawbia where the alleged wife, Tochukwu, forty-three and her niece, Ogochukwu Nwankwo, thirty-three bumped into them, stripped, beat and later tried to extort money from the victim with a threat to release the video to internet.

The suspects confessed to the crimes but denied releasing the video, as they claimed it was a third party who collected the video from them, and which incidentally was the day the video was released.

To cut the long story short, it is surprising that despite the condemnations that trailed the foregoing unprintable incident that a similar case occurred few days ago where a video of a woman being stripped naked by some villagers in Aguleri community of Anambra State was shared online.

The woman, who tried to cover her nakedness in the video, was accused of killing her husband by sleeping with another man.

A man was also heard saying in the crowd: “O lagburu di ya,” translated to mean: “She is the one who killed her husband.” The man also said that the woman should remain naked for the world to see.

It is unfortunate that most people feign ignorance of Jesus’ statement that says, “If any one of you is without sin, let him be the first to throw a stone at her”. As recorded in John 8, Jesus was teaching in the temple when the scribes and Pharisees brought to Him a woman who had been caught in the act of adultery, and they asked Him if she should be stoned as required by the Law of Moses. Jesus did not answer immediately but stooped and wrote something on the ground, and they kept pressing Him. Finally, the Lord said, in essence, “Go ahead and stone her because that is what the Law requires. But the Law also requires that the first stone be thrown by a person who is sinless in connection with this charge” (John 8:6–7).

There is no doubt that this woman was guilty of a capital offense and that the Law required that she be stoned, but the Law also required that the guilty man be stoned as well (Deuteronomy 22:22), that witnesses be produced, and that a witness begin the execution. But the Jewish leaders came with venom against Jesus and were thwarted by their own single-minded hate. They did not produce the guilty man, and they were unwilling or unable to produce the required witnesses. We do not know what Jesus wrote, but, after He wrote a second time, the Jews left one by one, from the oldest to the youngest, without saying another word. Jesus then set the woman free with a warning to her to sin no more.

In as much as this argument is not conceitedly taken from spiritual perspective to prove that this writer is self-righteous, rather, it is expedient to say that the sin which the woman in Aguleri allegedly committed was a sin most people are guilty of, even likely among those that stripped her naked, but often oblivious of the fact that they are equally guilty of the same sin. Along with other important lessons, Jesus’ encounter with the woman caught in adultery exposes this pharisaical and hypocritical tendency in all of us, particularly the Agulerians that stripped their fellow sister naked, and unjustifiably accused her of adultery, and by that vicariously killed her husband. If I may ask, why was the man not equally stripped naked as it is very obvious that it takes a man and a woman to commit adultery? After all, it is proverbially said that “It takes two to tango”.

It would be recalled that unlike the case of the woman stripped in Aguleri that Jesus asked the woman, “Where are your accusers? Didn’t any of them condemn you?” “No, Lord,” the woman answered.

Jesus reassured her with words of grace and truth: “Then neither do I condemn you. . . . Go now and leave your life of sin” (John 8:11). With her guilt and shame addressed, Jesus now offered her a new life. Forgiveness (“Go now”) should lead to holiness and newness of life (“Leave your life of sin”).

Perhaps the most striking aspect of the story of the woman caught in adultery is how skillfully it illustrates the harmony of justice and mercy in Christ’s salvation. God pronounces judgment on sin but provides a way to escape condemnation (Romans 3:23; 8:1). Jesus does not encourage the sin, but He loves the sinner. The Lord silences the critics of this world while healing hearts that are burdened with guilt and shame. God never treats sin casually but calls sinners to turn away from their old, corrupt way of life (Ephesians 4:17–24).

Without doubt, the incident of the woman caught in adultery shines light into each of our own hearts and exposes the widespread existence of sin. After Jesus prompted the accusers to consider their own lives, all of them dropped their stones and walked away, knowing they, too, deserved the same punishment.

Without doubt, this episode provides an excellent example for us to follow when we find ourselves reacting judgmentally or sympathetically with an attitude of self-righteousness toward someone else’s sin. We must remember how much God has forgiven us and that none of us has the right to throw stones (Matthew 6:14–16; Mark 11:25; Luke 6:37). God wishes to reconcile the world to Himself, and Christians are called to be ministers of that reconciliation (2 Corinthians 5:18). God sent His Son into the world to save us from the condemnation we rightly deserve (John 3:17). This truth is perfectly illustrated in Jesus’ interaction with the woman caught in adultery in Aguleri in Anambra State.