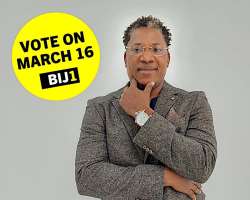 The Nigerian diaspora is constantly breaking grounds and new frontiers in all spheres of human endevour around the globe. In the political spectrum, a Nigerian economist, Benjamin Enwegbara was elected into the parliament in Austria in November 2019. In 2010, Nigerian born John Abraham Godson became the first black parliamentarian in Poland. The same exploit resonated in Italy in 2018 when a Nigerian born Tony Chike Iwob was elected to the Italian Senate. In the North American country of Canada, Nigerian-born Canadian politician, Kelechi Madu was appointed as Minister of Justice and Solicitor General of Alberta.

In the United Kingdom, seven Nigerian born politicians were elected into the parliament in 2017. They are Chuka Umunna representing Streatham, Bim Afolami, Hitchin and Harpenden, Fiona Onasanya, Peterborough; Chi Onwurah, Newcastle, Kate Osamor, Edmonton, Kemi Badenoch, Saffron Walden and Helen Grant, Maidstone and The Weald. One of the main ingredients of democracy is its participatory component which gives every citizen within the confine of the law of the land to vote and be voted for.

As Rotterdam, one of the biggest cities in The Netherlands and the biggest Port city in Europe braces up for her municipal elections coming up on 14th, 15th and 16th March 2022, the African Community will confidently feature and back one of its best politician, Mr. Jeffrey Ekhator, in the race.

The Nigerian born Mr. Jeffrey Ekhator hails from Edo State. The 48 year old Ekhator relocated to The Netherlands about 23 years ago. While settled in the country, he researched on the critical needs of the African Community in Rotterdam. His research prioritized three areas of lack in the community: African food supermarket and restaurant, African entertainment arena and African cosmetics and wellbeing. These three items formed the nucleus of his investments in the city of Rotterdam. Today, he is counted as one of the most successful Nigerian businessman in The Netherlands. His fluency in spoken and written Dutch language is an evidence of his total integration to the culture of the country.

Jeffrey Ekhator is a member BIJ1 political party in Rotterdam. The party's slogan: 'radical equality and economic equality for all'. This unique political platform under which Mr Ekhator wants to pursue his political calling is an 'incredible mix of people with the same goal: to participate in the growth and expansion of Rotterdam'. According to him, the city of Rotterdam has given him enormous opportunities and now, 'it is time to give back to the people and the community'. Through his various businesses in Rotterdam, he has been able to provide employment opportunities in the community and other forms of empowerments to the people.

He is seeking for the support of voters in Rotterdam to be elected into the city's municipal Council for greater benefits to his community. A well respected gentleman of untainted integrity, it is expected that Jeffrey will soon become an elected parliamentarian in Rotterdam city. It is his wish that Nigerians, Africans, other minorities and people of goodwill come out en masse on the election dates to cast their votes for Jeffrey Ekhator-BIJ1. His parting shot is: "Nobody can represent you more than yourself"