Morality And Political Corruption In Nigeria. 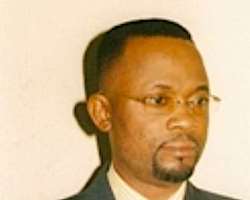 The above school of thought tells us that an action is right if it is pleasure-producing and wrong if it is pain-producing. These philosophies belong to the ‘Hedonist School of Ethics’ and are very dangerous to our daily moral life. If conscience is just related to what makes us feel pleasure or pain, then life becomes entirely a matter of what we feel we like or dislike and there is no room left for God or for his will. It was this obnoxious thought that influenced the high level of looting the state treasury, abuse of human right and constant threat to life witnessed in Imo state.

A situation in which a leader is deceiving his people is a bugaboo. This in my opinion is political corruption which is the anti-thesis to our values ethics and morality. In the words of Philomena Agudo, “Values are so important to human beings, that without them, one cannot possibly discover a meaning to life”. In more or less different words C. Kluckholm expresses the same view as follows, “A selective orientation towards experience, implying deep commitment or repudiation, which influences the ordering of choices between possible alternatives in action”.

Political corruption is a social problem found in various degrees and forms in all but the most primitive societies. It is a characteristic of no one period in political history nor of any one country. It is endemic in both authoritarian and party systems of government. For James C. Scott political corruption “must be understood as a regular, repetitive and integral part of the operation of most political systems”. I am of the view that this phenomenon is more prevalent in the developing countries than the developed ones.

Political corruption is the practice of politics without morality. What can we say then? If criminals rule as governors, Ex-convicts are in various positions of integrity and authority. In Nigeria, governors who tell a lot of lies on AIT and Channels TV, loot state treasury to influence people can win awards of any type. Thieves are given places and titles of honour both in the churches, mosques and in the society, integrity goes for a pittance. In this country, there is nothing money cannot do. This philosophy is the naïve voice of a mediocre in leadership who nevertheless, is not willing to abide by the true political philosophy of “the common good” which in the words of Mathew Hassan Kukah, “The common good makes being a spectator an act of treasury to (ones) community…No one can remain indifferent to affairs that affect the welfare of (ones) community”.

David Knostant described ‘the common good’ as “something that many people will find familiar but may not have had a name for”. David Knostant’s statement is informed by the fact that humanity ought to know what is right and wrong. Though it is obvious that there are leaders whose purpose of leadership is bereft of “the common good”. The ancient Romans variously called it ‘bonum Commune’, ‘utilitas’ communis’ while the Germans named it, Gemeinwohl or ‘Gemeingut’ which is to say that the reality was known to them. The great question today is where is the reality of this in our nation Nigeria? Where is the trace of this in our various states?

It should be noted that ‘the common good’ is for the well-being of human beings living together in so far as they are members of a concrete human society, family, association etc. It was consequent upon the above that the Catholic Bishops Conference of England and Wales (CBCEW) warns, “If democracy is not to become a democratic tyranny in which the majority oppresses the minority, it is necessary for the public to have an understanding of the common good and the concepts that underlies it”. This is the bottom line! Democracy in some states in Nigeria is the practice of oppression, humiliation and suppression of opposition who are in minority. Extortion has become the order of the day but you don’t dear complain!

That reminds me; in fact Nigeria’s independence was only one year old when the leader of opposition (late chief Obafemi Awolowo) in the Federal House of Representatives called the attention of the government to the declining morals of the country. He maintained that the outstanding feature of Nigeria was a dangerous decline in moral values, whereby honesty was at discount and there was a high premium on corruption and mediocrity. “Prophet” Obafemi Awolowo was prognosticating on the future of our nation which today is highly conspicuous that great minds are asking, where are our values, morals and consciences?

It was this situation that made Dr. Lawrence Ekpebu to infer, “In office the politicians turned the government treasury into large scale private gold mine. To remain in office, they used armed thugs to ensure better representation for their political parties and rigged elections in open day light”. What do you think? A governor within three years is forever out of penury, with hotels, houses and other related properties here and there. The get-rich propensity has become the watch word of our politicians. People’s consciences are bought with money to the extent that praise singers are now all over the place singing the glory of non performing Chief Executives.

The democratic process and the quest for human rights find their proper bearing and equilibrium in the common good rightly understood and interpreted by the Catholic Bishop Conference of England and Wales thus, “The proliferation of alleged ‘right’ can devalue the very concept. So can the amplification of rights without equivalent stress on duties, and without some concept of the common good to which all have an obligation to contribute”.

The principles of subsidiary and solidarity are regarded as linked with the idea of the common good in our implicit, intimate and inseparable way. On its own part the intimate link between the common good and the principle of solidarity consists in solidarity understood as inter-dependence being embraced as a moral and social attitude. As John Paul II puts it, interdependence so understood is solidarity which “is a form and preserving determination to commit oneself to the common goal that is to say to the good of all and of each individual because we are all responsible for all”.