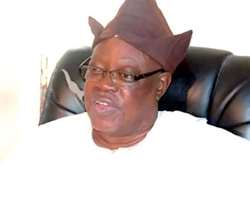 The Oyo state governor, Seyi Makinde, has approved the appointment of Lekan Balogun as the 42nd Olubadan of Ibadanland.

The approval comes in the wake of a recommendation from the Olubadan-in-Council.

The governor was also quoted as wishing the newly confirmed Olubadan a “peaceful and eventful reign”.