Ebonyi State Cybercrimes (prohibition) Law 2021: An Affront On The 1999 Cfrn. 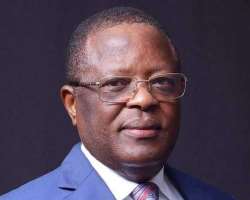 Since 2015, the constitutional freedom of speech and information have been grossly encumbered in Ebonyi State. The media has been unlawfully harassed; journalists arrested and detained by agents of government at different times. In April 2020, Gov. David Umahi of Ebonyi State banned for life the Sun Newspaper correspondent in Ebonyi State, Chijioke Agwu, and his Vanguard Newspaper counterpart, Peter Okutu, from all government facilities in Ebonyi State! Agwu had written about the outbreak of lassa fever; while Okutu reported the invasion of UnwuoguduAkpu-Ngbo community by gunmen. That the governor gleefully issued the notorious life ban in a live state broadcast, boasting of his "koboko" and declaring, "We have to leave the court out of this", point to his proclivity for raw extra-judicial protocols in managing speech/information rights. However, the bedlam generated by that ban from local and international communities compelled the governor to withdraw the otiose life ban and apologize publicly to the innocent journalists. In May 2021, unyielding Gov. Umahi repackaged his disinclination to freedom of speech. Receiving DIG Egbunike during Egbunike's courtesy visit to Ebonyi State, Umahi alleged that, "The most dangerous attack on the Nigerian nation is the social media"! In a typical paradox, Umahi after admitting that, "We have sufficient laws to checkmate this social media"; charged his aides to "Research all the constitution and then, let's see how we can do a law on fake news". On 28th September 2021, Gov. Umahi, assented to Ebonyi State Cybercrimes (Prohibition) Bill 2021 which contents create doubts as to whether the drafters had even a glance at the 1999 CFRN! The hoarding of the law which hard/soft copy cannot be readily seen is disturbing. The law was first seen on 27th December 2021 when a female rights activist who passed through the eye of the needle to obtain a copy of the law exposed its content. Before then, the law which is obviously targeted at the opposition had been unleashed on an Ebonyi-based on-air personality, Godfrey Chikwere, who recently left the services of Ebonyi State Government; an Enugu - based rights activist, Chibuikem Ugwuanyi; and an Ebonyi - based social media influencer, Paschal Etu. Chikwere was released after days of detention in both Ebonyi Police Command Headquarters and in the Federal Teaching Hospital where he was taken to for medical attention, having fallen sick in police custody; while combined pressures from rights groups yanked Ugwuanyi off the malicious grip of the government. Paschal Etu is still languishing in detention since 30th November 2021. It is instructive that none of those arrested under this law has been/will be diligently prosecuted. Section 8 of the law provides that "No person(s) shall be prosecuted under of this Law (sic) without the written consent of the Honourable Attorney-General"! This untimed section is a clever reinvention of Decree No 4 (Public Officers Protection Against False Publications) of 1984 as well as the infamous Hate Speech Bill which local and international pressures had shot down at the National Assembly; and it offers EBSG and her agents the opportunities to arrest, torture and detain innocent members of the opposition as long as it pleases them just like they have done to the trio so far arrested under the law. This is contrary to Section 35(5) of the 1999 CFRN! It is instructive that while members of the opposition are constantly harassed with this law, Ebonyi State Government media aides publish unprintable falsehood and fake news on daily basis against respected leaders of the state who are perceived to be real or imagined political opponents of the governor and other government officials. A media aide of the governor castigated a former governor of Ebonyi State on social media labeling him a pedophile, warning parents to withdraw their children from a particular school so as to protect their children from defilement. The world waited to no avail for the enforcers of Ebonyi Cybercrimes Law to swing into action. This discriminatory enforcement of the law qualifies it as merely a contrived political weapon against the opposition; and not a law.

With the exposition of this fantastic reinvention of both Decree No. 4 and the stillborn Hate Speech Bill by Ebonyi State Government, I appeal to the NBA, NUJ, CSO and rights activists to rise up and subject this odious law to review before a court of competent jurisdiction.