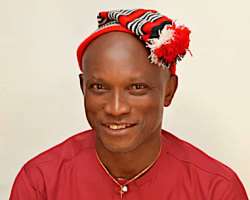 The Grassroots Initiative Party will return power to the masses who are its real custodians, its national chairman told newsmen on Wednesday.

Eze Kanayo Chukwumezie, who addressed newsmen in Awka, also frowned at the refusal of President Muhammadu Buhari to sign the Electoral Bill into law.

He said, “Think of electronic voting and electronic transmission of results where cast votes will no longer pass through the hands that will manipulate them.

“Think of direct primaries where every party member will have a say on candidates to run for them instead of imposition of candidates which indirect primaries produce through delegates who may not represent the interest of the masses.

“We missed tracks when we abandoned Option A4. The Electoral Bill will return a hi-tech version of Option A4. So the delay in signing it into law is anti-masses. The legislature not overriding the president on it is gross betrayal.”

He said, “Remembering that Nigeria and some European countries like Belgium, Netherlands and Spain were at par in terms of development is disturbing.

“Malaysia/Singapore, India, etc were below us. No African country (except South Africa) was close to us at a time.

“None of these countries made half of what Nigeria made; none has 20% of the natural resources Nigeria has. Yet where are we? A major oil producing country that still imports all oil products!”

He called on Nigerians to resolve for a true leadership to salvage the country.

Quoting him, “This is 2022. Nigerians should resolve to get things done right. With what we have, poverty should be the last word to be heard of in Nigeria, but ironically we are the official Poverty and Corruption Capital of the world.

“There is light at the end of the tunnel because some of us, drawn from the civil society, Rotary International, grassroots leaders and progressives have come together to form the Grassroots Initiative Party (GRIP) to put back smiles on the faces of the masses.”