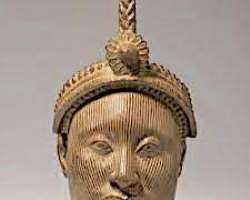 In furtherance of the Yoruba Referendum Committee’s engagement with Yoruba opinion leaders, we now look at a leader of Afenifere and a Nigerian Elder Stateman, Chief Olu Falae’s comment when asked about his concerns on power shift in 2023.

Chief Olu Falae says: “We should be concerned about where power should go, whether power should be through the election in an unstructured Nigeria. Furthermore, that all the changes and restructuring people have been advocating these many years will not happen until and unless and except there is a crisis when the question will be where do we go from here? A crisis can come in the next 12 to 15 months if two things happen. What are the two things? First, if and when the tenure of the current President comes to an end, we know that it will come to an end, we know the date. It is not a prayer or wish. May 29, 2023, that, by God’s grace, will happen. That is the first condition. The second condition is that if the first situation does not permit the election of a replacement President, then the old President is gone, a new one cannot be elected, a first-class crisis, solution to the Nigerian problem. At that point, every section of Nigeria will be free to say there is no more Federal Government……. if the two happen together, that is when restructuring isautomatic. If there is no government in Abuja and there is a government in OndoState, Kano State and other states, that is the government.”

(1) In Nigeria’s political firmament, power is often situated as an abstraction, without any material foundation, as if it is borne out of thin air. But we know power is not so derived, anywhere. It is always a reflection of the balance of forces among contending interests in a society. Hence, in Nigeria, to define power, and by extension, where it comes from and where it goes mandates an examination of its material basis.

(2) Nigeria’s political power was anchored on a pre-Independence demographic paradigm, through the 1952 Census that gave majority Parliamentary seats to the North, thereby ensuring its political dominance. The same methodology was sustained in subsequent Censuses and will most likely be retained in the 2022 Census. This is apart from the electoral bank already assigned to the North by the Electoral Commission. Therefore, where political power will go in 2023 is certain, to wit: the North.

(3) This power may be exercised directly or indirectly, as has happened in the past and is the reality in an “unrestructured Nigeria”, to negate which the terms of Restructuring must be clearly spelt out and operational. Based on the historical foundations of electoral contests stated above, the only viable Restructuring must therefore start with a definition of Nigeria’s Constituents, that is, the Peoples or Nationalities that make up the country, and who, by virtue of their aspirations must be able to choose, among themselves, their representatives to Nigeria. With this, an election becomes the sole responsibility of the Constituents. What this means is that the Peoples, the Constituents must be able to establish their power according to their needs, thereby reflecting the purpose and nature of power itself.

(4) When the Chief therefore says that “if there is no government in Abuja and there is a government in Ondo State, Kano State and other states, that is the government”, it reflects his abstraction of power, hence his assumption on the sanctity of May 29, 2023, which is not realistic, and a denial of power as the consequence of contending forces as well as the potential role that should be played by the Peoples.

(5) A more plausible scenario is that something will be worked out in aid of continuity. We recall a precedent where power was retained and sustained through the activation of a “Doctrine of Necessity” which allowed power-brokers to ensure continuity of power.

(6) Dovetailing into the second scenario where the Chief says the absence and inability to elect a president will create a power vacuum and "automatically" bring about Restructuring. This assumption also flies in the face of the reality of power politics in Nigeria, where, at every stage of any crisis, “regional” power centers always activate their own scenarios which always end up in some form of accommodation thereby ensuring continuity. We have seen this happen since 1959 till date, where alliances emerged to sustain continuity.

(7) To support this assertion, current agitations for self-determination, especially in the south, lack any specific pathway towards actualization thereby rendering such agitations susceptible to “regional” political realities and calculations and which will come into play if there is no possibility of any elections in 2023.

(8) Power does not just “arrive” automatically. It only falls into the hands of those prepared for it, as for example, the experience of French Students in May 1968. Their revolution already paralyzed the entire State Structure, but they lost the initiative to those political forces already waiting in the wings and the students lost out. Their loss was predicated on the assumption by its leaders that their “theory of power will be picked up along the way”. Closer to the moment is the uprising in Egypt which saw the loss of initiative by the mass movement with the military picking up power and with Egypt now in its iron grip. Similar experiences occurred during the entire “Arab Springs” period.

(9) In an extreme situation where there is a complete breakdown of order, with the military completely divided along Ethno-National lines, the end -game will simply become a war for Ethno-National Dominance.

(10) This is more so when the international situation is factored in, to wit: the Military in both Sudan and Mali with their continuous “coups and transitions” under the pretext of preventing “civil wars” and the anti-terrorism war in the Sahel at their doorsteps; the quest for order and stability as essential to international order; the contest for supremacy between China and the West, already playing out in Africa; the Ethiopian war against Tigray, where international forces became decidedly involved on the side of Unitarist Ethiopia, especially the deployment of military aid by Turkey, which Muhammadu Buhari recently visited.

(11) The above shows that preparations for continuity are well under way—these preparations could serve as pressure points to blackmail aspirants to power into submission, play “regional” political centers against each other or generally subject the Peoples of Nigeria to circumstances beyond their control.