The Yoruba Strategic Direction For 2022 And Beyond: Achieving “one Voice” For Yorubaland. 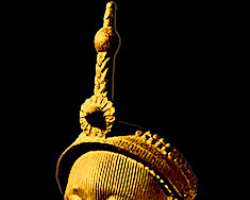 Presented by the Yoruba Referendum Committee at the “Agba Koni Tan Nile Oodua” meeting on December 19, 2021

The Strategic Imperative for Yorubaland in 2022 is the establishment of a mechanism that will bring about the elusive “One Voice” for the Yoruba in her Existential quests.

In furtherance of this, the Yoruba Referendum Committee states as follows:

(1) “One Voice” is principally the manifestation of a dominant political, economic, and social narrative capable of addressing contradictions within a society (Yorubaland), and between the Yoruba and other Peoples of the world, without abjuring the rights of any opposing force. It can therefore not be predicated upon appeals to a “cultural imperative” but must be firmly situated within a political paradigm which will become the foundation for governance.

(2) With this, it is recognized that Self-Government in the Western Region was a consequence of the Action Group’s victory in the 1951 Parliamentary Elections, which also LEGITIMIZED REGIONAL POLITICAL AUTONOMY, which provided the “One Voice” for the Region upon which the foundation of what we now know as our “Golden Era” was laid, despite the existence of opposing forces within and outside the party.

(3) The gradual loss of this Regional Political Autonomy, since 1966, has resulted in a continuous and increasingly serious and devastating existential challenges for Yorubaland, details of which we are confident are obvious to all of us, necessitating the need to pivot into a new Strategic Direction.

(4) In 2022 (and beyond), the main existential threat facing the Yoruba is anchored on the proposed Census, the foundation for any developmental paradigm but which had always been contentious in Nigeria since it has always been aimed at entrenching a demographic reality incongruent with the aspirations of various Nationalities.

(5) In addressing this, certain directions have been proffered and applied, ranging from, but not limited to(i) active participation in all electoral contests with the expectation of using such electoral victories for advancing Yoruba development, the main reason for Yoruba unconditional participation in the 1999 Abubakar Transition program, despite our holding Nigeria by the jugular, at the time and which has resulted in further political and economic balkanization of Yorubaland; (ii)expecting whoever is the president to “Restructure” as had been demanded from 1999 till date, despite the fact no Nigerian president since 1999, with all the national conferences, has deemed it necessary to address the quest for True Federalism in Nigeria but has always entrenched a more Centralized apparatus of State(iii) utilizing developmental strides of the Yoruba Region as a template for the Central Administration as can be established from the examples of the Lagos State Government and her quests for Fiscal Federalism, whose initial successes were overridden by an economic philosophy incongruent with social, cultural and economic imperatives of the Peoples (iv) attempts at creating a “Southern Alliance” against the “North” as the route towards “Restructuring/Self-Determination/Autonomy”.

(6) All the above avoided the Centrality of the Census in development, despite the spirited efforts of the Lagos State Government under Governor Tinubu to address the problem by embarking on its own Census for Lagos State, and which has led to the inability to establish a REGIONAL POLITICAL CENTER since none of the remaining Yoruba States carried out a similar exercise, which would have given meaning to “Restructuring/Self-Determination/Autonomy”.

(7) 2022 provides us with the chance of changing this narrative, being the year that Nigeria’s electoral politics will begin in earnest and further compounded by a Census whose demographic enumeration may severely damage our existential aspirations.

(8) Alongside this is the entrenchment of majority electoral votes in certain Regional Political centers which are already established to ultimately determine the fate of any electoral contest.

(9) Despite these, the Yoruba must take a STRATEGIC stand, revolving around the following: (i) we CANNOT continue with ANY of the above-mentioned routes for the simple reason that none has provided and cannot provide a SUSTAINABLE and STRATEGIC PATHWAY, since none is dependent on the imprimatur of the people (ii) we CANNOT also proceed with the “No elections” mantra as this will be self-defeating. Such a position can be feasible only when it is replicated all over the country and we know this will not be the case. More importantly, it provides “anti-Yoruba” forces to mobilize for the emergence of their own candidates in our own land and we would not be able to LEGITIMATELY challenge them since we would not have been prevented from any electoral contest(iii) we CANNOT allow the central Government to become the arbiter in any conflict in Yorubaland(iv) and we CANNOT continue to DISALLOW the imprimatur of the People on the political/electoral process itself—and this is where “One Voice” becomes relevant and we shall now address it.

(10) As was experienced during the days of the Action Group, and indeed in other political climes, embedding the hopes and aspirations of the Peoples within any extant political/electoral and non-electoral contest for power is a sine-qua-non, because of its centrality in the Political demands of the day.

(11) In the current political reality of Nigeria, suffocating bureaucratization by the central authorities has resulted in recycling of various personalities in and out of the parties while the Peoples are denied the centrality of their existence and balkanized into administrative entities, thereby denying them their humanity as Peoples capable of exercising their God-given rights and responsibilities.

(12) To cure these, we must be able to infuse our own hopes and aspirations into the political atmosphere, and the only way of doing this is in a campaign for a STRATEGIC BOYCOTT of the Census alongside the demand for the YORUBA REFERENDUM both of which may then becomethe foundation for RESTRUCTURING of Nigeria.

(13) The following are some of the reasons for the above: (i) provides the “One Voice” for the Yoruba through a “YES” vote in the Referendum which LEGITIMIZES, VALIDATES and LEGALIZES the Yoruba stand on the Census, through the Draft Bill for the Referendum which provides for the establishment of the CONSTITUTIONAL COMMISSION, which shall be vested with powers to present and represent the views of the Yoruba and negotiate on behalf of the Yoruba with all the agencies of the Nigerian Government, non-Governmental organizations, and the international Community without prejudice to the continuous existence of the 6 state administrations which cannot be wished away but can function effectively within the ambit of the Constitutional Commission(ii) The STRATEGIC importance of the CONSTITUTIONAL COMMISSION cannot be overemphasized in the sense that it remains the LEGAL, VALID and LEGITIMATE representative of Yoruba Aspirations regardless of the outcome of the 2023 Elections.(iii) This Referendum route can also be emulated by other PEOPLES of Nigeria, that is, the Middle Belt; South-East; South-South/Niger Delta, North East, and North West and it becomes the SUBSTITUTE for any expected “southern” alliance; (iv) it provides a Template for ANY form of relationships between the PEOPLES/NATIONS of Nigeria, if they so wish, and if NOT, ensures complete AUTONOMY for Yoruba People; (v) Ensures and assures that Yoruba Political direction is anchored on a firm political demand as enunciated in the Annexure to the Bill for a Referendum whereby the Yoruba can address her present challenges by creating the necessary political atmosphere and challenge to extant Nigerian political structures and projections. (vi) assures the Yoruba in Kwara and Kogi states that their Yoruba kin in the West are aware of their own demands, since the anti-colonial agitations, for a REFERENDUM to choose where they want to belong.

(14) The ANNEXURE to the Bill for A Referendum provides for the following: (a) A Federal Nigeria, through a valid Federal Constitution, to be known as The Union of Nigerian Constituent Nationalities, with a Federal Presidential Council, whose members will be selected or elected from each of the Nationalities as Federating Units and from whom a Head of State will be selected or elected as the primus-inter-pares with an agreed term” (b) Western/Oduduwa Region shall be a Constituent Unit of the Nigerian Union. (c) Western/Oduduwa Region shall adopt a Parliamentary System of government. (d) The Central Government of the Union shall have no power to interfere nor intervene in the affairs of the ODUDUWA REGION, save as shall be agreed to by three quarters of the members of the Region’s Parliament. (e)There shall be a Division of the Federal Armed Forces in the Region, 90% of which personnel shall be indigenes of the Region. The Divisional commander shall be an indigene of Oduduwa Region. (f) The Judicial power of the Region shall be vested in the Supreme Court of the Region, Court of Appeal, High Court, Customary Court and Other lower courts as the Parliament may establish. (g) There shall be a Court of Appeal in each of the provinces. There shall be, in each province, a High Court from which appeals shall lie to the Court of Appeal and Supreme Court of the Region. (h) Western/Oduduwa Region shall have its own internal security system. (i) Each Constituent Unit of the Nigerian Federation shall control primary interest in its own resources with an agreed Tax Model for the Federation.

(15) In furtherance of the above, the Yoruba Referendum Committee started a PETITION to our Governors and Houses of Assembly to pass the Attached Draft Bill for a Referendum into Law and conduct the Referendum. We have also submitted the Draft Bill to the Governors and Speakers of the Lagos, Ogun, Oyo, Osun, Ekiti and Ondo State Houses of Assembly, TWICE, knowing full well that as there may be no law empowering them for such an exercise, there is equally no law preventing them from doing so. The missing factor is the POLITICAL WILL to ensure that the Referendum is conducted.

(16) We therefore urge this meeting to join us to begin the process of establishing this Political Will by adopting the YORUBA REFERENDUM as the appropriate STRATEGY for 2022 because it is the route towards the Yoruba “One Voice”, and make it the main Political and electoral issue in the land and no potential candidate(s) will be able to postpone its implementation with the usual excuse of waiting until after assuming office since all the elements for its actualization already exist.

(17) Our activities can start by establishing a Mobilization Mechanism for both the Census and the Referendum and this does not require a “Yoruba Summit” as the Mobilization itself becomes the route towards such a Summit, when necessary.

(18) IF our Governors and Houses of Assembly refuse to pass the Law and conduct the Referendum, for whatever reasons, they would have, by that, relinquished their Legitimacy as our representatives and it will be incumbent on us to take our quest to any potential level that we can.