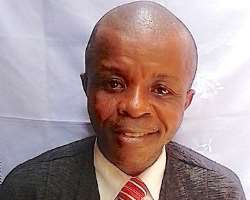 As a nation, Nigeria and most of her Federating states are currently faced with serious socio economic issues/survival dilemmas. Although this in my view has been on over time but as a nation that plays politics with everything, we have been living in denial. But as it currently stands, it has gotten to the brim and the nation/states are faced with either confess or collapse options.

Essentially in my opinion, it is not a bad Idea to borrow especially when such borrowing is development targeted/focused. However, mindless borrowing as we have recently witnessed can only but depletes the borrower’s economic creative prowess, dwindles the propensity to achieving self-reliance and has the entity exposed to further socio-economic vulnerability. As a nation, we appear to have forgotten that one of the negative attributes of borrowing is that once you start, it becomes your character. This borrowing habit of ours has succeeded in weakening our states to a sorry level.

Now, this piece will keep issues where they are.
First, there exists reasons why state Governors are reputed for not looking inward on how to make their state financially independent/self sufficient. Most fundamental of the reasons is the feeling by some that Abuja is there to provide the needed financial succor. This has rendered most of our governors lazy and uninterested in carrying out self-introspection on how to improve their state’s internally generated revenue (IGR). Instead, they prefer to borrow, not minding that every opportunity to borrow as provided comes with a looming risk.

With the exception of Lagos, Delta, Rivers and a few others that are still active in sustaining their states via internally generated revenue, the rest share a common denominator; Abuja dependents. This also points to the fact that our problem as a nation is more of leadership as

To further support the above point as advanced, it is factually backed that our colonial overlords before independence devised very seamless ways of generating revenues. These methods included but not limited to penetration of all the nooks and crannies of the nation’s geography to ensure that all paid their taxes.

So, if that could be done by foreigners years ago and in an era devoid of enhanced Information technologies, the question may be asked; what is wrong/going on with our present crop of leaders? Why can’t they replicate the same or devise more creative means to make the state/nation financially viable? What is alluring about borrowing that they (leaders) consider it as the only credible/efficient alternative?

Without doubt, our leaders know how to mop up our commonwealth for their personal aggrandizement while abandoning the poor masses to mop up their tears. They(public office holders) are specialists in seeking foreign loans.

But in doing this, one point they fail to remember is that no one takes a government that governs with a beggar bowl approach seriously and no nation becomes strong or great by living on borrowed funds.

In the same token, they (leaders) must also remember that the people are watching closely, especially the youths. They should remember that in a period such as this, people watch with rapt attention, noting every move they make, learning what they really believe as opposed to what they say. Similarly, most of our pensioners have given up hopes and have resigned to fate banking on their age-long religious teaching that their reward is in heaven.

As an incentive to change this state of affairs, it is worthy of note that Nigeria may have overtly shown remarkable improvement in their culture and civilization. That notwithstanding, for the fact that after almost 60 years of independence, the country is not only indebted to many institutions, nations and organizations but continually look up to others for aid, covertly tells a story of a nation lacking in capacity for taking responsibility for its actions and initiatives for values.

As a response to the above realities, it is my submission that there is the need for our leaders to imbibe a saving culture as this attitude of eating with our ten fingers is not in any way supporting our economic growth or sustainability.

Finally, the state governors should remember and take into action the fact that the shortest way to the bright future we seek lies in a creative approach. Therefore, let the governors defocus on Abuja and focus on increasing their state's internally generated revenues, working in a collaborative manner with development minded/focused Nigerians. This process, who knows, may provide a lasting solution to the nation’s nagging financial challenge.